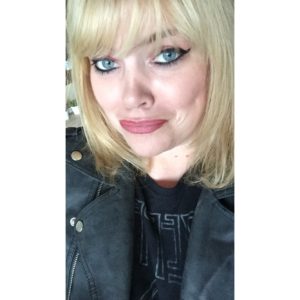 Linda Coogan Byrne, one of Ireland & the Uk’s most well-known and established Music Industry PR professionals.

Linda formed the company to give acts and labels the chance to break new music and also give well-known acts a bigger push with a more sincere genuine approach.

Being a musician herself when they started the company allowed her to have a vantage viewpoint and natural understanding of a band’s needs. Linda also plays a myriad of instruments herself and used to make them!

Linda has worked for over a decade for various world class record labels, both major and Independent, between 2008–present. This also included acting as Label Manager in Ireland for Cooking Vinyl & Essential Music and Marketing (with sole responsibility for acts such as Alison Moyet, Amanda Palmer, Groove Armada, Underworld, The Prodigy, Billy Bragg, The Cult, The Proclaimers, Counting Crows and Suzanne Vega among many others).

So far, Linda has worked in PR & label management overseeing a team of multiple freelance PR’s with responsibility for the entire international and domestic artist roster of over 500 acts and releases over the years for management companies, labels, publishers, acts and bands.

With a validated & well known track record of placing their clients on Ireland’s Top rated TV and radio shows and in National Publications (as well as the all too important Regional publications & radio stations), Linda firmly believes in being highly productive and is extremely results driven.

Delivering integrated campaigns, within various platforms, allows her to connect with a target audience on her client’s behalf. She takes on board the visions of others and especially tries to keep informed of new technologies sweeping the online market; so as to not miss out any opportunities for her clients and to ensure she is always up to speed. Good Seed PR were the first Music PR company in Ireland to embrace and use Twitter & Facebook to cross-promote their clients. ‘Always on the ball’ as they say in Ireland!

Being a pragmatic PR agent with extensive experience across a broad range of areas within the industry, comes as a result of having worked in and studying: Music retail, Music technology, Musical Instrument construction (where she studied as a Luthier designing and constructing Harps and stringed renaissance instruments – she can even play over 11 instruments herself), online marketing, event & talent management, event promotion, PR & marketing.

Being the company director puts Linda in charge of the day-to-day business affairs of Good Seed PR in both the UK & Ireland. She co-ordinates and project manages all campaigns with artists, bands, labels and management. She also works as an agent for various Music Supervisors around the world and pitches music for ad/film placement.

Linda believes in going the distance for every band/client/label and will only work with acts and labels she believes in. Linda has worked with high profile international Indie and Major Labels bands and acts.

In their spare time: Linda is an avid campaigner for Gender and Diversity Equality on the airwaves for womxn and acts of diversity in the music industry. They started one of the biggest gender equality moements in the music industry by publishing their Data report studies on Radio in the music industry. Linda’s Irish and UK Gender Data reports have ammased over 60 Million views in the last few months (Irish report published in June 2020 and the UK report published in Aug 2020). Proudly teaming up with Nadia Khan of Womxn in CTRL for the UK Report,  there will be more reports to come in the future.

Other hobbies include NLP, Nutrition, Psychology and Advanced Anatomy and Physiology. They also delves in Art. You can check out their work here. Linda also contributes to various art, music and food blogs and magazines. She is a qualified Nutritional Therapist, with plant based protein at the forefront along with a broad understanding of Food Science and Epigenetics.

Linda was chosen to be a Climate Ambassador, one of the first in the country of Ireland to be selected. She has been interviewed herself in International, National and Regional newspapers, magazines and e-zines, talking about her work ethos, women in music, gender equality and healthy living. She regularly gives lectures in various Colleges and Universities that focus on young entrepreneurs and womxn in business.

If Linda was stuck on a Desert Island: her must have items would be: her Ukulele, a few good books, a Banana because they stay in your system for a few days and are a slow digestion carb and a nice bottle of Meursault – it can chill by the sea at night!