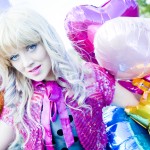 Katie and the Carnival is the musical project of musician and actress Katie Richardson and her band. Known for their energetic and engaging live performances, their music is soulful and harmony-driven with influences from folk, pop, indie and torch song.

Following a number of sell-out special events last Summer the band have made several TV (BBC NI’s Out Of The Blue and Come Dine With Me), radio and festival appearances.

Katie has also worked with fellow luminaries such as: Duke Special, The Inishowen Gospel Choir, The Salt Flats, The Jane Bradfords and many more.

Her voice is currently featured in the new Dale Farm ice cream advert singing her own arrangement of ‘Bring me Sunshine’ by Arthur Kent.

“A band on top of their game” BBC ATL

“She (Katie) transcends the stereotype of the quirky female vocalist, thanks to remarkable stage presence, a soulful voice and joyous wit.” Culture NI 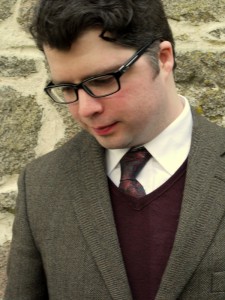 Back in July 2010, Tom McShane and his assembled band congregated in the Oh Yeah! Centre in Belfast to record his debut album within two live sessions held in front of a small audience.

A thought provoking trip across America with his guitar provided the inspiration for the unique and intimate manner in which this album was created. The melancholic and fragile tone to Tom’s voice is particularly felt and portrayed in ‘The Ural Winter’. One which intertwined with the rich trumpet sounds on ‘My Nadir’ elicits an emotional, almost tear-jerking response.

What Tom himself has described as a terrifying experience has certainly merited his leap of faith and the end result is a raw, beautifully personal record which will be forever imprinted on the minds of the audience and listeners alike.

Quote: “Tom’s album is the most genuine record I’ve heard in a very long time – I
was dragged in and left spellbound. Every lyric, every change in tone,
every subtle detail….it all stands out and shine’s through. An album for
the headphones, an album to really cherish. A remarkable collection of
Songs”. (Rigsy, BBC Across The Line)