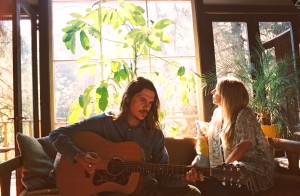 ‘These Blurred Lines’ is the first studio cut taken from the forthcoming Zervas & Pepper album (single release date 25th July). Following on from the duo’s 2013 album ‘Lifebringer’, Single’s from which found their way to RTE 1 (album of the week), BBC Radio 2, BBC 6 Music, BBC Scotland and Wales play listings.

‘These Blurred Lines’ looks at the dividing lines that keep us all apart. The lines that separate the rich from the poor, powerful and the powerless and the lengths that we ourselves go to in order to conform, as if it were part of our DNA.