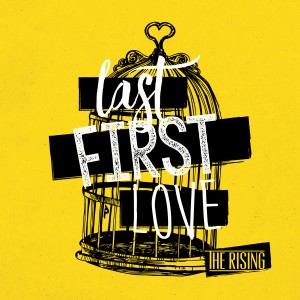 “A glorious amalgamation of Rock, Country and Folk”

“Choruses and tunes which aim for anthem status.. The Rising are definitely a band to watch.” – Golden Plec

The Rising are a Country Rock/Country Pop band from Belfast, Northern Ireland. Currently, the band are finishing off their sophomore album (Due winter 2016), with recording sessions taking place between the band’s home base of Northern Ireland and also Nashville, TN (USA). The debut single from the upcoming album is “Last First Love”. Written by the band’s principle songwriters Chris Logan/Chantelle McAteer, it was recorded in Ireland/Nashville and was mixed by Grammy Nominated Mills Logan (Taylor Swfit, Eric Pasley, Luke Bryan, Toby Keith, Kristian Bush) and Pete Maher (U2, The Rolling Stones, Katy Perry, Damien Rice). The song recounts how everyone wants the feeling of their first love to last forever and the joy when it does. Of course, this can be a relationship or indeed apply to whatever your first love may be, for some that could be the love of music.

This single marks the start of a whole new chapter for the band, most notably, the addition of Chantelle McAteer on lead vocals. The new lineup was introduced during two shows at this years Country 2 Country Festival at London’s O2 where the band played two showcase shows (Big Entrance Stage & Brooklyn Bowl). The remaining lineup of the band is concreted with fellow founding member and Chris’ cousin Shane Watters on Drums, Brian Mellors (Bass) and Carla Crawford (Piano/Keyboards/Synths).

The band have toured constantly since its formation including the chance to perform at the Country 2 Country festival in London’s O2 two years in a row, firstly, in 2015 and again in 2016. Constant touring around the UK and Ireland has helped the band build their fan-base with every show. Shows have included their own shows, festivals and also touring alongside the likes of Jess & The Bandits, The Shires, Ward Thomas and many other top acts. This constant touring and hard working ethic brought the band to the attention of the British Country Music Awards in 2015 with a nomination for the Horizon Award.