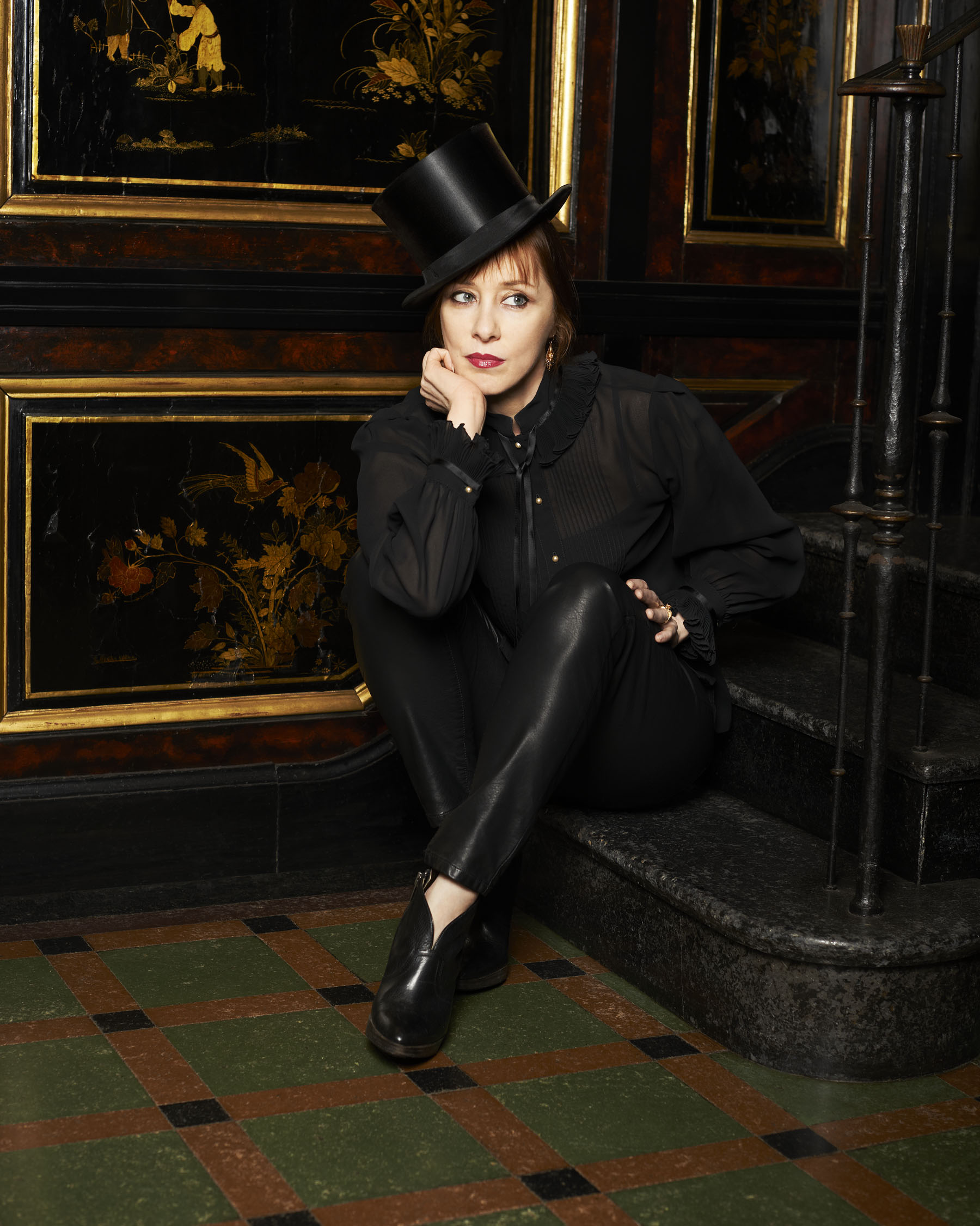 TO RELEASE HER FIRST NEW STUDIO ALBUM IN SEVEN YEARS

Tales from the Realm of the Queen of Pentacles

Dec. 2, 2013 – One of music’s most prolific singer/songwriters, Suzanne Vega, has crafted a stunning new collection of songs that will take listeners on a sonic journey through her diverse influences.  Vega’s first new studio album in seven years, ‘Tales from the Realm of the Queen of Pentacles,’ will be released on Cooking Vinyl Records on Jan 31st 2014, featuring ten new songs each telling a story that has to do with the material world and the world of the spirit and how they intersect.  Suzanne spent the past few years writing and recording these new gems on the road, recording portions in Chicago, London, Prague, LA and New York City, and Kyserike Station, an old train station in upstate New York.  Tracking for the album took place mostly at the Clubhouse Studios in Rhinebeck, and the album was mixed by Kevin Killen, who has worked with Peter Gabriel and Kate Bush.

“A lot of my older albums, especially the second one, were about being solitary. This album has more of a sense of connectivity, there is a different spirit.”

‘Queen of Pentacles’ taps into Vega’s broad range of musical tastes,  intertwining Dylan/Stones inspired guitar-driven songs with lush orchestral strings and trumpet, soul-packed background vocals and Vega’s masterful classic folk elements.  A fan of hip hop as well, Vega samples the 50 Cent hit song “Candy Shop” for one of the more unique tracks on the album, “Don’t Uncork What You Can’t Contain.” This is Suzanne’s first sampling effort – although her song “Tom’s Diner” has been interpolated countless times in the hip-hop community, she has not sampled anyone else until this album

Produced by Gerry Leonard, David Bowie’s musical director for over a decade, ‘Queen of Pentacles’ features Suzanne’s longtime bass player Mike Visceglia and drummer Doug Yowell. For the first time on a studio recording, Suzanne has also assembled an illustrious group of musicians to accompany her including Gail Ann Dorsey and Zachary Alford (David Bowie) on bass and drums for several tracks-a happy reunion as Suzanne and Zachary attended the same elementary school back in the 70’s in New York City; bass player Tony Levin (Peter Gabriel) on the rhythm-heavy  “I Never Wear White” and “Don’t Uncork What You Can’t Contain;” drummer Jay Bellerose (T-Bone Burnett’s main go-to drummer); acoustic “wizard” Larry Campbell (Bob Dylan) who plays banjo, mandolin, and cymbal throughout the album; Sterling Campbell (David Bowie, B52s) on drums for “Don’t Uncork What You Can’t Contain” and “Laying on of Hands;” and Alison Balsom, the virtuoso principal trumpet for the London Chamber Orchestra who is featured on “Road Beyond This One (Horizon) for Vaclav Havel”.

The strings were recorded in the Czech Republic with the Smikov Chamber Orchestra. Finishing off with background vocals is powerhouse singer Catherine Russell known for her work with David Bowie and Paul Simon, among others.

The album will be released in four formats: CD, Vinyl, Standard Digital and an iTunes version with 2 bonus tracks.

1. Crack In The Wall

4. Portrait of the Knight of Wands

5. Don’t Uncork What You Can’t Contain

6. Jacob and the Angel

8. Song Of the Stoic

Tags: SUZANNE VEGA, Tales from the Realm of the Queen of Pentacles