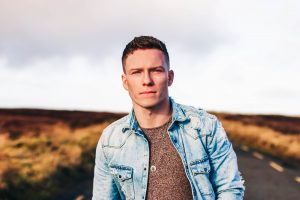 Simon James is an Irish musician, actor and dancer. He was introduced to the world of acting at the young age of six when he played ‘Cathal’ Veronica Guerin’s son in the film of the same name. His introduction to the acting world was undoubtedly thrilling as he acted alongside Oscar winners Cate Blanchett and Brenda Fricker. Colin Farrell also starred in the film. The film which was released in 2002 received rave reviews. 2002 proved a successful year as he also landed a part in Ireland’s now famous soap ‘Fair City’, where he played the character Oisín Brennan for five years. Simon also landed the part of Christian Kelly in a short film written by Irish writer Roddy Doyle. The film highlights the vulgarness of bullying and racism in contemporary Ireland. The film went on to be a critical success and was nominated for an Oscar for Best Short Film in 2009. In June 2010, Simon worked on another short film called ‘Penticost’ which went on to win Best Short Film at the Cork Film Festival in October 2010 and was also nominated for an Oscar.

From a tender age, it was apparent that Simon had a huge interest in music and at five years of age he enrolled in the Billie Barry Stage School. Learned not only tap dancing, jazz dancing but singing also. Through joining the Billy Barry School, Simon participated in a variety of stage performances which have included 3 gaiety pantomimes and the schools own productions of ‘Rhythm in our shoes’ (2005) and ‘Moving Right Along’ (2008). He has also taken part in performances of the ‘Hallelujah Concerts’ in the RDS and Concert Hall during 2009/2010. At age eleven he decided to join a Hip Hop and Break dancing school ‘Fit Kids Fit Teens’. In 2008, he went on to join a Hip Hop crew called the ‘Hood Rats’ and represented Ireland in the World Hip Hop Championships in Las Vegas.

While he had been involved in dancing and acting, a musical career was also beckoning. Simon began practicing music at aged eight when he started not only keyboard lessons but the piano also. After years of watching his Dad sing and play guitar, he thought it was about time he also taught himself how to play. Soon he began to pick up more instruments, learning to play them by ear which now include guitar,piano,drums,ukulele,the cajon and the bodhran.

In 2010, Simon entered a competition called the ‘Coca Cola School Stars’ in the TLT in Drogheda with nothing to lose, but little did he know that this very competition would be the beginning of his musical career. After going through a series of auditions and stages in the competition, he eventually made it to the grand finale. Here, he performed his first original song. As a result of taking part in this competition, many doors and opportunities were opened for Simon, and so he has gone on to support such acts as Rocstrong, District 3(X Factor finalists 2012),The High Kings, Keywest , Stewart Agnew, Sinead McNally and Ryan Sheridan. He also supported Jedward in an outdoor concert in Dundalk to a crowd of nearly 4,000 people. His debut EP ‘Back To When’ was released in May 2017 which was produced by Philip Magee. Philip has worked with a number of established acts but most notably Kodaline, The Blizzards and The Script. The EP is available to stream and download on all platforms. His new single “Simple Terms” is out March 2nd 2018 and showcases Simon’s versatility and talent as a songwriter and performer.

You can view a short documentary on Simon’s story up until now titled “The harder you work the luckier you get” This is Just the Beginning:  https://www.youtube.com/watch?v=ieRQ5dD15UE