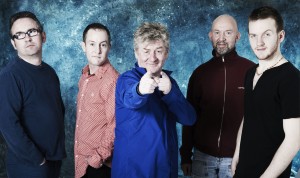 + The Saw Doctors will be the subject of a one hour television special on RTE 1 on Friday Aug 10 in
the For One Night Only series.

The Saw Doctors have just been confirmed to play an open air concert at Ballykeeffe Amphitheatre, Kilmanagh, Co. Kilkenny, on Saturday August 4 to promote the Galway band’s new single, I Hope You Meet Again, which is featured in the upcoming RTE television show, For One Night Only with The Saw Doctors.

Tickets for The Saw Doctors concert at Ballykeeffe Amphitheatre are priced at €15, and go on sale on Friday 20th July from the Kilkenny Book Centre and Ticketmaster outlets.

N17, the road song made famous by The Saw Doctors, will be featured in Chris O’Dowd’s new comedy series, Moone Boy, which will be premiered on Sky One television in September.

Hollywood star Chris O’Dowd has set the Moone Boy comedy series in Boyle, County Roscommon where he grew up before going on to star in the hit film Bridesmaids and the Channel Four series, The IT Crowd.

The Saw Doctors will star in their own Television Special  ‘For One Night Only’,  which goes out on RTE 1 on Friday August 10 at 9.30 p.m.  In the one hour TV show, Davy Carton and Leo Moran, the founding members of The Saw Doctors, tell Gay Byrne of their triumphs and musical adventures of the past twenty years and play intimate acoustic versions of their songs, I Hope You Meet Again and Midnight Express.

The Kilkenny concert by The Saw Doctors on Saturday August 4 at Ballykeeffe Amphitheatre will feature the band’s many popular hits such as N17, To Win Just Once, Clare Island, Red Cortina, and their recent recording of the sixties classic  Downtown featuring Petula Clark which was a runaway hit for The Saw Doctors last Christmas.

This Summer The Saw Doctors will headline the Cropredy Festival in England and will play two special London shows during the Olympics at the Irish Village which promoter Vince Power is staging at the Chelsea Football Ground at Stamford Bridge. The Saw Doctors have just returned home from a six week long Coast to Coast Tour of the US and Canada which finished up in Los Angeles at the famous Troubadour Club in West Hollywood.

“if they could bottle the sort on bonhomie that can make an entire concert hall feel better, The Saw Doctors would have the medicine show to end them all“Paul Sexton, The Times, London

The Saw Doctors will be the subject of a one hour tv special  on RTE 1 , entitled For One Night Only with Gay Byrne on Friday August 10 at 9.30 p.m.  The For One Night Only Show  will feature extensive interviews with both  Davy Carton and Leo Moran as well as seven songs  performed live in the studio by The Saw Doctors including their new single, I Hope You Meet Again.

EXCITING NEWS: The Saw Doctors get ready for big night in with Gay Byrne! for the new series of ‘For One Night Only’ on RTE television

EXCITING NEWS: The Saw Doctors get ready for big night in with Gay Byrne! 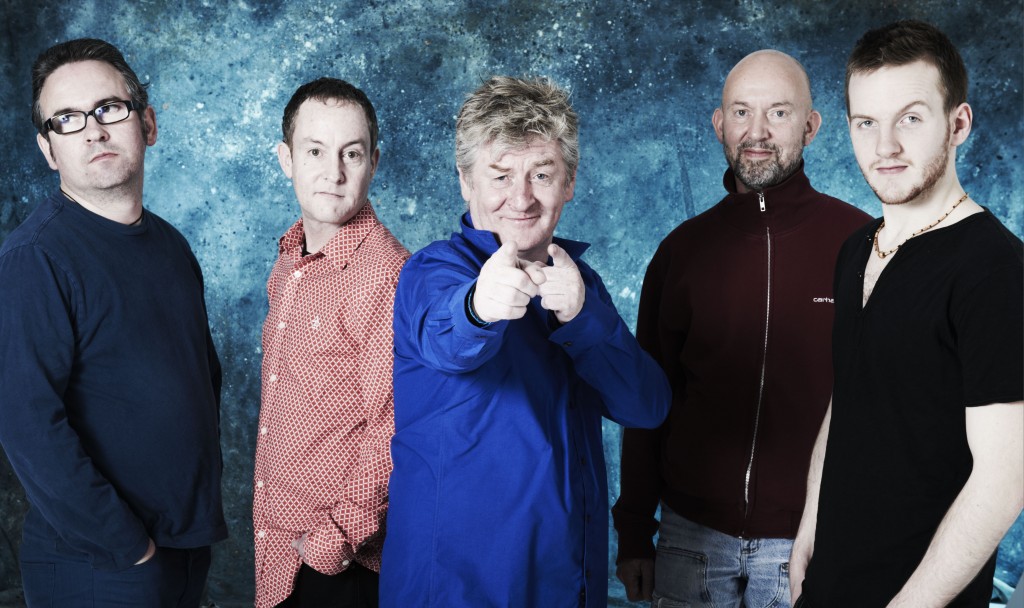 One of Galway’s best-loved musical acts- The Saw Doctors are set to join Gay Byrne for the new series of ‘For One Night Only’ on RTE television . . . and Galway-based fans have been invited to apply for tickets for the recordings of both shows.

The veteran broadcaster will interview The Saw Doctors in at the RTE studios in Dublin Donnybrook on Friday, June 8.

RTE has up to 200 tickets available for the recording, which will last about two and a half hours, and they have invited Galway fans to get in touch if they wish to attend. Fill in the below form:www.rte.ie/tv/…/foronenightonly_the_saw_doctors.rtf

It is the second series of a successful show which saw Byrne feature acts such as Christy Moore and Imelda May first time around. Byrne interviews the musicians in front of a studio audience, before inviting them to play six or seven songs.

The second series, which also features Sharon Shannon, Sinead O’Connor, Finbar Furey, and Aslan, is set to be broadcast in the coming months.

Well done to The legendary Irish Household band ! Go on the Docs!

listen to their new single due out June 22nd here: