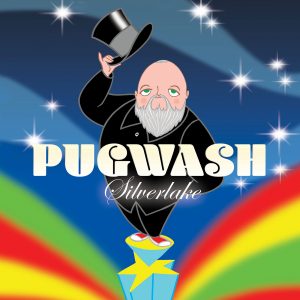 If Brit Awards were handed out to Best Kept Secrets or Lamentably Lost Legends, Pugwash wouldn’t be able to move under the weight of their gongs. In the 20 years since the Irish band was formed by Thomas Walsh – an ELO, XTC and Beach Boys nut from Drimnagh, south Dublin – their reputation has grown by stealth and they’ve caught the attention of almost all of Walsh’s musical heroes, but mainstream success has remained frustratingly, tantalisingly just out of reach.

Well if it’s ever going to happen, it’s now, with the release of their seventh studio album Silverlake. It’s not only Thomas’s best body of work to date, but an album which leaves you marvelling at how effortlessly he can conjure up so many heavenly pop gems after all these years.

“I still live in a small house with nine guitars, a Dansette, a telly and a fuckin’ mellotron,” says Walsh. “I collect records and live hand-to-mouth. We’ve made some great records but most of them have gone nowhere.”

‘Silverlake differs from recent Pugwash albums in one major respect: it’s essentially a collaboration between two men – Thomas and Jason Falkner. (The four-piece who recorded 2011’s Top 20 The Olympus Sound and 2015’s Play This Intimately (As If Among Friends) has now disbanded). As a former member of Jellyfish, respected solo artist, and musician, Falkner – who’s worked with everyone from Paul McCartney to Air – is another underrated artist with a hugely loyal international following. For fans of these two cult heroes (and there are plenty) this promised to be a dream ticket…and it delivers in droves.

“I’ve known Jason for twenty years, so I rang him last Christmas and asked him what his next year was looking like,” Thomas reveals. “He said, ‘It’s fuckin’ full up, but if you’re saying to me we can make a record, I’ll make time.’ That was an amazing thing to hear. The minute I heard that I was hooked. I got excited again. Within a week I’d written all the songs.”

Opening with the irresistible single “The Perfect Summer” and closing with the Beach Boys/ELO homage “Autarch”, Silverlake wears its collaborators’ passion for pop perfection on its sleeve which, at the very least, will consolidate Pugwash’s standing in the eyes of those Thomas most admires. 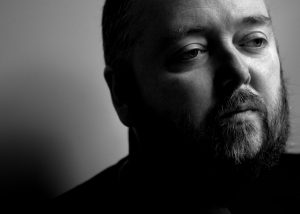 In 2006 Brian Wilson’s manager David Leaf emailed him out of the blue, mentioning Brian loved the band’s recent single “It’s Nice To Be Nice”. “Brian was coming to Dublin to play and wanted to meet me…meet me!!” Thomas recalls. “He came and I met Brian. He said ‘Hey! You’re the “Nice To Be Nice” guy. I said ‘yes’ and he just said, ‘great song’!! I still think it was all a fantastic dream to honest.”

In the meantime, other ‘celebrity’ admirers got in touch, including XTC’s Andy Partridge who briefly signed Pugwash to his Ape label and co-wrote several songs with Walsh (XTC’s Dave Gregory also played guitar on some of the band’s earlier recordings), The Divine Comedy’s Neil Hannon – with whom he made two best-selling Duckworth Lewis Method albums – and Jeff Lynne.

“I arrived home late one night after an Olympus Sound session, knackered, to find a letter from the States,” Thomas recalls. “I nearly dropped when I realised it was from Jeff Lynne. I grew up worshipping ELO – I could tell you how many hairs there are on Jeff Lynne’s arse. He’s my idol. It was such a beautiful letter in which he said a lot of really nice things about Pugwash. He also said… ‘and I really liked the cricket album (ie, the first Duckworth Lewis album), but I didn’t think it featured you enough’. So I rang Neil straight away and said, ‘Neil, Jeff just sent me a fuckin’ letter. He’s slagging you and all in it, it’s brilliant!”

After two decades Thomas has little to prove. Despite certain disappointments, he’s received great acclaim from where it counts – his peers and equals, plus Ivor Novello, Choice Music Prize and Meteor Awards nominations, and two Top 40 albums (with The Duckworth Lewis Method). The only way is up!

As Thomas concludes: “Some people have suggested, ‘Oh why don’t you change the sound of your music?’ But…I love the sound of my records! They ask if I would try something different. I could, but you can’t go out there and make a record just to please other people.” – Chris Twomey.

Silverlake by Pugwash will be released by British indie label Lojinx on November 24th, on heavyweight vinyl LP, CD & digital. Lead single The Perfect Summer is out now on ice-cream swirl coloured 7” vinyl and digital.

Acts announced for the upcoming June & July shows of GIFTEDLIVE!

Get closer to the bands you love, without leaving your house.

GiftedLive.com are bringing you closer to the bands you love, without you having to leave the comfort of your home. It is a new ‘online music show’ set in a format similar to a TV show which is broadcasted live and direct from stunning venue: The Belfast Empire Music Hall.

It’s the first music show of its kind – an online show based around a live gig. GiftedLive.com will feature the best new music around – from the established stars to the undiscovered gems – and gift it live to the world!

All GiftedLive.com shows are streamed for Free – Live & Online.  And if you’re worried that you’re missing out on the adrenaline-fuelled impact of a live gig, think about it for a while.

Where you ever at a gig and yet the sound quality wasn’t quite right for you? Did you ever envy those up at the front of stage? Never got into the VIP area you so desperately wanted to be in? That feeling will vanish once you watch your favourite band live – in real time – on your very own front of house seat, from your own home, lap top or mobile device.  GiftedLive.com offers you the chance to share in that live gig experience …but with all the creature comforts of home!

Then again, can always come down to The Belfast Empire Music Hall and witness the magic in person. It is a live gig after all! For those who do however want to attend the gigs in person, tickets are priced at £10 and are available at the door of The Empire Music Hall Belfast from 8:30pm onwards on the night of each show.

GiftedLive.com is hosted by presenter Kat Kirk. Each performance is filmed on multi-cameras and cut live on location. All performances are archived and available for viewing on www.GiftedLive.com

‘Gifted’ has been running at The Empire Music Hall for over 11 years and has showcased some of the finest talent to ever emerge from these shores.  Everyone from Duke Special to The Answer, Fighting with Wire, General Fiasco, The Riptide Movement, Desert Hearts, Olympic Lifts, Oppenheimer, Two Door Cinema Club; the list reads like a who’s who of Irish music.

See it for FREE Online

Shows starts at 9pm on @ http://www.giftedlive.com/