Columbia Mills will play the Dublin venue this winter following the release of their debut E.P. Factory Settings on Friday, November 28th.

The group’s debut single ‘Never Gonna Look At You The Same’ (taken from Factory Settings) is a deeply textured affirmation of their highly stylised sound.

Centered around great washes of alternative-rock pounding rhythms that work with the recording in a way the evokes the Jesus and Mary Chains’ similar ability to create depth from impact, Columbia Mills surround their music with indietronica textures that gives the single a unique and crafted edge.

Tickets to see Columbia Mills live in Whelan’s upstairs on November 29th are priced at €8. Doors are at 8pm, for more information visit whelanslive.com.

Click below to listen to Columbia Mills current single ‘Never Gonna Look At You The Same’. exclusively on Muzu.tv

Columbia Mills – Never Gonna Look at You the Same on MUZU.TV 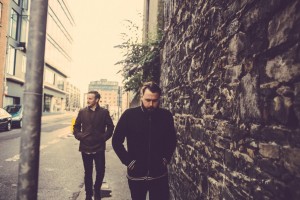