Nell Bryden to support Gary Barlow on his upcoming tour.

Gary Barlow just announced that his support act for is upcoming Tour dates including his Irish Shows will be New York songstress and a troubadour Nell Bryden, who has been embraced by the Irish since her single ‘Second Time Around’ graced the Late Late Show and was championed by Today FM dj Ian Dempsey and Rte Radio 1 dj Pat Kenny to name but a few.

Nell Brydens album ‘Shake The Tree’ reached the Irish Music Charts on the first few weeks of its release in Ireland and the New York songstress will play in Ireland on Barlows tour dates early next year:

And official post from the Take That singer today:

SPECIAL ANNOUNCEMENT! Nell Bryden to perform with Jools Holland at the Peninsular London Soul and Blues Festival on 20th July!

SPECIAL ANNOUNCEMENT! Nell Bryden to perform with Jools Holland at the Peninsular London Soul and Blues Festival on 20th July!

Nell Bryden has the heart of an artist, the mind of a storyteller and the restless soul of a troubadour. These traits are in the genes of the native New Yorker – her parents are a painter and opera singer. But the self-belief and tireless work ethic that have seen her travel 300.000 miles to play 1.400 shows over the past seven years are all her own. In the past she has recorded in Nashville, New Orleans and New York. This time she’s written and recorded her album in and around London: her adopted second home. “A lot of the songs are about starting over, about rebirth and rebuilding,” says Nell. “And finding my way home… wherever that is.” http://www.peninsula-festival.eu/en/Events/London-Soul-en-Blues-festival.html

Nell Bryden spoke so bravely about her hair loss for the first time over the weekend in the Daily Mail: 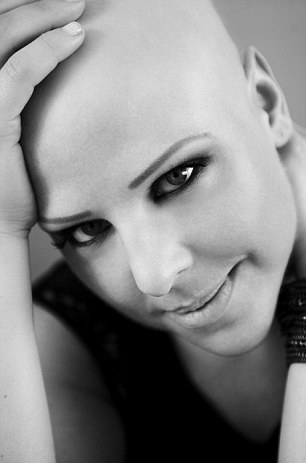 Positive face: Nell sees her condition as a ‘wake-up call’ for life

Excerpt: Sitting in front of the mirror in my New York apartment, I saw a reflection I hardly recognised. I looked sick. My hair was so thin, large patches of my scalp showed through. My eyebrows and eyelashes were practically gone, too. This wasn’t me, I thought. It felt like a nightmare. But it wasn’t.

Until this moment, I had never realised how much my hair had been intertwined with my identity.

I picked up the clippers I had borrowed from my father and I raised them to my head. At the moment the buzzing metal hit my skin, a giant clap of thunder rang out. Rain began to fall outside as what was left of my hair fell to the floor.

Just three weeks earlier, I had bouncy blonde locks that I could gather into a ponytail or curl into ringlets. I half-heartedly complained about bad hair days but I never really had any. Sure, I had my little insecurities, like most women, about my thighs and my nose, but my hair had never been one of them.

I was confident, healthy and feminine, and I assumed that I would always stay that way. If you had told me when I was younger that I’d be completely bald by the age of 33, I’d have laughed.

Nell’s new album ‘Shake The Tree’ is out now and she returns to Ireland on July 10th for an acoustic session in The Ruby Sessions in Dublin before her Electric Picnic performance on Aug 31st. 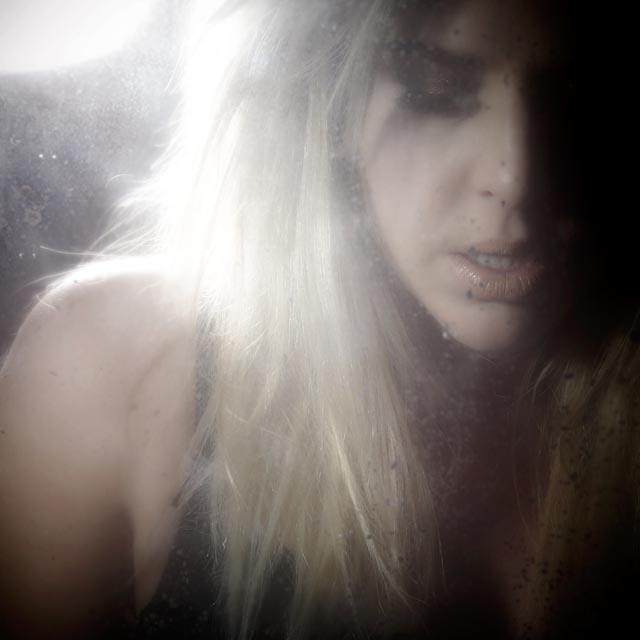 ‘BUILDINGS AND TREETOPS’ & ‘IF I FORGET’ (Fri May 25th in ireland)
Taken from the brand new album: ‘SHAKE THE TREE’ (Fri June 15th)


“Nell’s extraordinary voice will draw you in and make you an instant fan” –C. Hawkins BBC6

‘WOW’- Not only do I love listening to Nell’s music but I love watching Nell perform’.- Pat Kenny RTE Radio 1

May 25th sees the return of Brooklyn beauty Nell Bryden and the release of her new double A single ‘Buildings And Treetops’/‘If I Forget’ taken from her eagerly awaited second album ‘Shake The Tree’ through a new deal with ADA/Warner Music (June15th).

If I Forget is reminiscent of her Irish hit Second Time Around, with its alluring vocal sassiness (which has become somewhat of a trademark for the New York songstress), it’s catchy chorus and driving rhythmic groove which draws the listener in immediately. Buildings And Treetops is an upbeat and powerful track penned with Nell’s hometown New York in mind. Combining her modern rootsy and acoustic sound, with chocolate box piano keys behind her trademark Gibson guitar, the track features an uplifting and soaring chorus showcasing Nell’s powerful signature vocals at their best.

Nell is currently supporting the legendary Chris Rea on his UK tour, and also has gained the support slot for the forthcoming Duane Eddy tour! Following the release of her debut album ‘What Does It Take’, Nell received National acclaim in Ireland and appeared on Hit TV Show The Late Late Show, not to mention becoming a regular feature on Today FM & Rte Radio1 (+ many other radio stations around the country) for her successful track Second Time Around. Overseas the album remarkably saw six tracks make it on to the Uk’s BBC Radio 2 Playlist!

Constantly going from strength to strength, Nell has performed as special guest on tour with the likes of KT Tunstall, The Counting Crows and with well-known Irish acts-Damien Dempsey, Cathy Davey, MUNDY, Mick Flannery, DUKE SPECIAL & Declan O’Rourke, along with being invited to perform for ESQUIRE MAGAZINE alongside The STEREOPHONICS & STARSAILOR. Nell later secured slots at many high profile events such as BBC Proms In The Park, Guilfest, BBC Maida Vale celebrations and Camp Bestival.

The American songbird has the urban lifestyle in her blood, the country/folk spirit of Americana in her soul, and the great American songbook in her sights.

Tags: if i forget, Nell Bryden, shake the tree

The Vibe was a soaring Success!

Ah its all over for another year, but what fun was had!

The lovely Nell Bryden shared the stage with Irish favourite Damien Dempsey for a rendition of Whiskey in the Jar. Which was just superb. And we have a little video of them below.

You can find a review of the show here:

THE VIBE FOR PHILO

Live at the Button Factory Dublin

(DAMIEN DEMPSEY WITH UP AND COMING ARTIST NELL BRYDEN)

The 23rd Vibe kicked off with a bang, The tribute act Renegade smashed into “Are you ready” the house was starting to fill to it’s peak with Thin Lizzy fans from every corner of the globe.. the 2009 Vibe was on it’s way, hat’s off to Smiley for this year, he out done him self as there was quite a few hard rock Lizzy Tributes on the night keeping the Thin Lizzy fans happy and the Vibe living up to it’s true cause, One act stole the night for me was Nell Bryden who came all the way from New York to play tribute to one of rock n rolls true legends, Nell started off with a fantastic version of “Massacre” as she broke the tune down to a slow moody blues tone and it went down a real treat, Nell featured later on with Damien Dempsey who ripped the roof off the house with a version of “Whiskey in the jar” as both artists never met before the show they made a great duo on stage on the night.
at the end of the night Phillip’s mother Philomena gave a wonderful speech and requested a one minute of silence as it was well respected, The proceeds on the night were split down the middle as half went to “Aware” and the other half will be used in funding a museum to the late Phil Lynott (20 August 1949 – 4 January 1986).What a great night to tribute one of the best poet/singer songwriters that will never be forgotten.