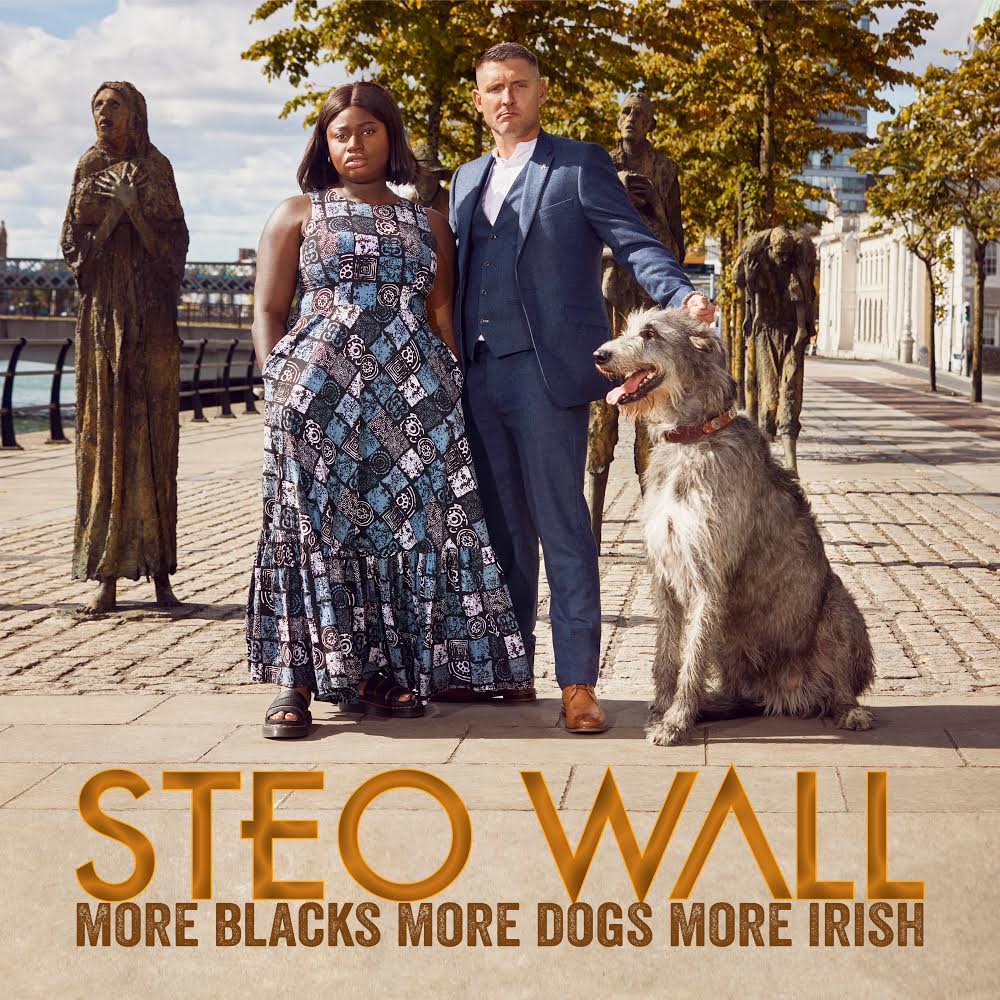 “Steo is set to join the likes of Damien Dempsey and Shane McGowan, as a Pioneering voice in Irish folk music.” – Hot Press Magazine

“He comes from the tradition, with a  Contemporary feel to his singing. Steo Wall is worth a good listen” – Christy Moore.

A fast-emerging talent on the Irish music scene, Steo Wall is a striking wordsmith with a distinct musical style. After first breaking onto the Irish music scene in 2018, Steo is on an upward trajectory. Captivating audiences throughout Ireland and the UK, his live sets have been described by Damien Dempsey as pure alchemy.

Steo has an eclectic taste which shines through the multi-genre array of songs at his disposal, delivering something fresh and exciting with a mix of spoken word and folk-inspired melodies all woven together in an acoustic groove. His musical influences include fellow luminaries such as The Fureys, Bob Marley, Shane McGowan, Sinead O’Connor, Christy Moore and Tupac. The artists who were unafraid to tell the tales that needed to be told through their music.

Ten years ago Steo packed a bag and left Dublin. He headed out to the West of Ireland and quickly began to immerse himself in the vibrant local music scene of North Clare. Having honed his craft, he entered Malbay recording studios in 2016 and set about writing and recording his critically acclaimed debut album, Where I’m From! Having shared a stage with Damien Dempsey on national tours in 2016, 2017 and again opened Damo’s stage in Vicar Street in 2018. Damo quickly became a fan of Steo’s music and agreed to feature on his first single release called, What’s Wrong With The World Ma?

Now in 2022 after two years of drought Steo is gearing up to release his second studio album, ‘Street Wisdom For Lost Souls’. This all marks a very exciting next chapter for the artist. The first single to be released from the album is “More blacks more dogs more Irish” ft Toshín which is out Oct 28th 2022, and is an anti-racism/protest song written as a middle finger to anyone who looks down their nose on anyone else.

Steo comments on the song:

“I penned this song in response to a friend of mine receiving hate mail because she was advocating on behalf of some folks in a direct provision centre.

I think we as Irish people can have a very short memory when it comes to how we view the immigrant man or woman. We have been the economic migrants of the world for hundreds of years, we’ve spread out and sought food and work on the four corners. So we should be a bit more open-minded when it comes to us returning the favour.

This song also touches on the racism that Irish travellers face daily in our country, the line from the top to the bottom the system is still rotten, was written in reference to a politician who stood on a podium in Galway and told a traveller family that they were not welcome to settle in a new home built specifically for them his town. The song is a play on words taken from the old signs that used to hang on shops and pubs in England in the sixties and seventies that read, No black no dogs no Irish allowed in this establishment. It wasn’t that long!”

The official release date for the new album will be announced in early 2023. You can find out more about Steo Wall via the below Links: