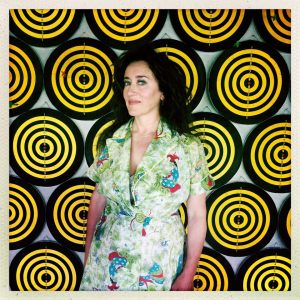 Adela & the Meanits are a band so red hot cool they must surely be illegal, or at least seriously frowned upon by squares. After a chance encounter on a St Patrick’s Day float in Portlaoise, Adela met drummer Ros O’ Meara. Then a member of several bands, Ros introduced Adela to Barry Hayes who in turn introduced everyone to John Davidson. Like peas in a far out pod… catapulted from years of abject obscurity in the Irish midlands… they soon became a group of four: Adela and the Meanits. 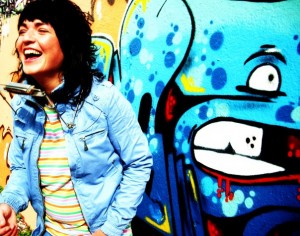 After making their powerfully memorable debut performance at Electric Picnic back in 2009, the band have since paid their dues and gigged the necessary venues and festivals in Ireland such as Indiependence, Knockinstockin, Helium, Blue Breeze, Milk, Happy Valley, Dublin City Soul Festival and more.

Their music has been likened to Madness, Sultans of Ping and Lily Allen, but comparisons aside their music contains refreshing elements of pop, folk & trash can jazz that when combined, somehow manage to have a mainstream appeal. With songs that are catchy as f*ck and musicianship that is so roasting hot it is hard to imagine this band staying under the radar for much longer. All four musicians are multi-instrumentalists and incorporate vocals, double bass, piano, ukulele, melodica, drums/percussion, nylon string guitar and violin with effects pedals into each live performance.

Set to release their debut album in August, single ‘Andy’ precedes just in time for this years summer festivals. The upcoming studio album has a definite left of centre pop sound. But for now, taster ‘Andy’ should boost interest surrounding the band in a speed like- is that a bird or a plane- manner.

GIGS: For their album release in August the band have decided to do 32 gigs in 32 counties in Ireland to celebrate the album, all the counties will be covered in the entire month of August! See: www.adelaandthemeanits.com for all updates!