THE 4 OF US announce new single and Irish tour dates 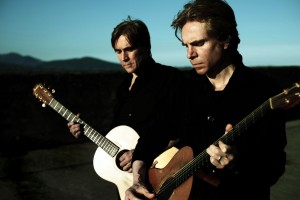 ‘Sugar Island’, is their most recent album which was released to critical acclaim in November 2016. Lyrically, the album explores the brothers’ early years growing up in Northern Ireland; musically, it focuses on the trademark interplay of their acoustic guitars. As singer Brendan recalls: ’It was a dark time for sure, but as kids we still managed to have a lot of fun. Everyone who lived through that time has their own stories to tell; we thought we’d share some of ours.’

Sugar Island features 12 songs. It is arguably their most biographical album, including tracks reflecting on the brothers’ childhood, growing up in a border town during the height of the troubles in Northern Ireland. The latest single ‘Birds Eye View’ is out March 30th 2018 and is celebrated with a full Nationwide tour starting in late Feb. Tour dates below.