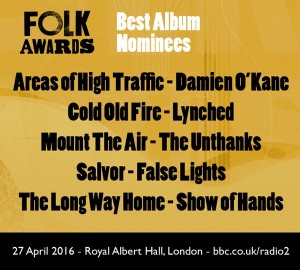 An immense banjo player, an superbly versatile guitarist, a resonant, hypnotic singer, a naturally inventive arranger, an innovative musical explorer, a producer, a bandleader, a provocatively original interpreter of folk song… and when all the pieces are fitted together with unconditional love, care and attention to detail, the results are spectacular. Evident no more so than on his new album Areas Of High Traffic. It was described by The Telegraph as ‘Folk-Pop that is Irish music for the 21st Century’ and was added the their list of ‘Best Folk Albums of 2015.’ 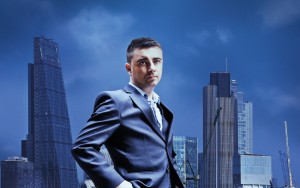 Five years on from his first solo album Summer Hill, which itself, proved beyond doubt that he’s more than a skillful banjo player and a ‘powerful Irish voice’, and four years since

his award winning banjo and guitar instrumental album The Mystery Inch with guitar maestro David Kosky, his 2015 outing Areas Of High Traffic has significantly eclipsed these with a generous, rich sonic palette. It is an innovative and a thrilling take on Irish traditional song and music.

As with 2010’s Summer Hill, the songs are largely rooted in his homeland in the north of Ireland but the arrangements are different to anything that has gone before.

They are a melting pot of contemporary influences – folk, jazz, rock and electronica combined with not a trace of gimmickry. Along with his band of superbly talented musicians Cormac Byrne (kit and percussion), Anthony Davis (keys/pads/synths and organs), Steven Iveson (electric guitar) and Steven Byrnes (guitars and percussion), he has created a stunning soundscape which bravely puts a modern coat on the old songs.

Areas Of High Traffic sees O’Kane combine the beloved old with the bracingly new – a fearlessness to augment convention and in doing so, turn out something fresh and new. A confident and bold second solo album, Areas Of High Traffic showcases his originality and abilities as a singer, musician and a producer beautifully. Live, the music is utterly scintillating. R2 magazine said of the band live; ‘…brimming with innovation, energy and skilled musicianship.’

Exciting times lie ahead for O’Kane and his band of merry men. His continued work with the wonderful Barnsley songstress, Kate Rusby along with his own new, thoroughly exciting musical direction, the future promises to see O’Kane’s music and career kicking and screaming into the 21st Century.