The 4 of US announce new single GOING SOUTH + Nationwide Tour 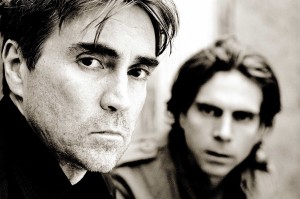 ‘Sugar Island’, their latest album, was released to critical acclaim in November 2016. Lyrically, the album explores the brothers’ early years growing up in Northern Ireland; musically, it focuses on the trademark interplay of their acoustic guitars. As singer Brendan recalls: ’It was a dark time for sure, but as kids we still managed to have a lot of fun. Everyone who lived through that time has their own stories to tell; we thought we’d share some of ours.’

Sugar Island features 12 new songs. It is arguably their most biographical album, including tracks reflecting on the brothers’ childhood, growing up in a border town during the height of the troubles in Northern Ireland. The latest single ‘Going South’ plays homage to that sentiment.