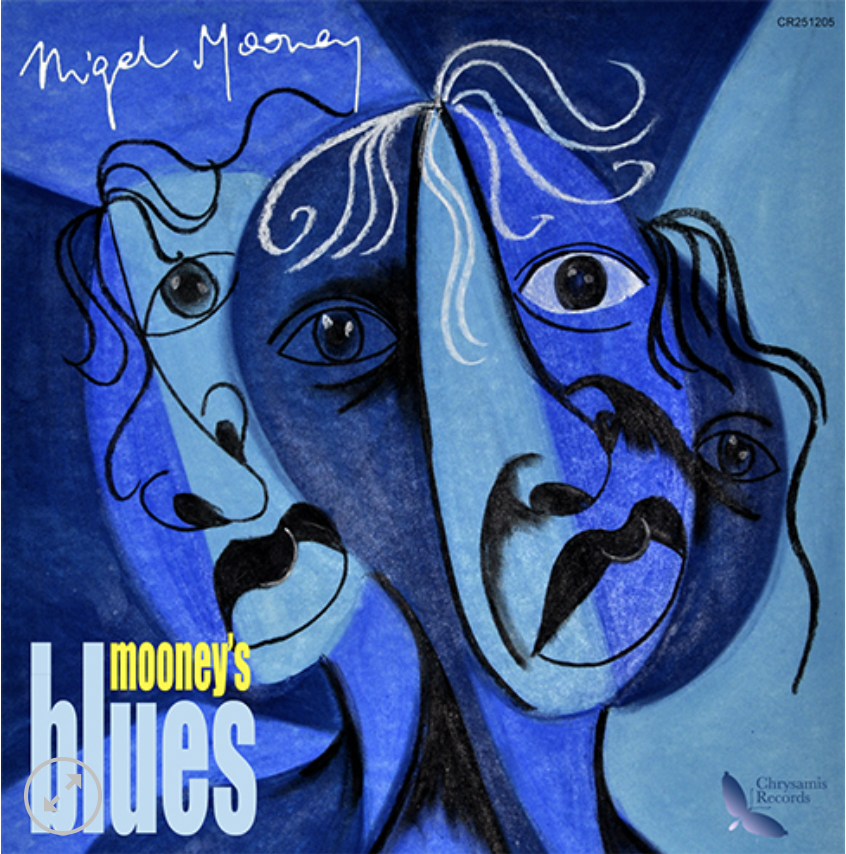 Nigel Mooney’s new album – ‘Mooney’s Blues’ – brings together several threads from his 40-year musical journey, a journey that saw him graduate from Chicago blues to more complex and intricate guitar stylings. The result is a virtuoso jazz/blues hybrid style that, many would say, entitles him to a place in the Irish music pantheon left vacant by the likes of Louis Stewart and Rory Gallagher.

Nigel’s easy-going demeanour, off and on the stage, has won him fans, colleagues and collaborators from across the jazz and blues world and he draws on these connections to create an album that is as authentically of the Mississippi as it is uniquely Mooney.

The list of collaborators and co-conspirators on Mooney’s Blues is remarkable, though it represents a fraction of the musicians Nigel has connected with on his trips to Memphis, Clarksdale and other parts of the Delta. 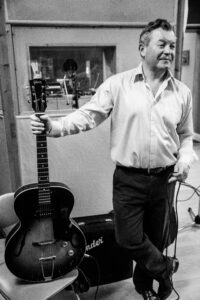 Among those who took part in the recording were: tenor saxophonist Jean Toussaint, ex-Art Blakey’s Jazz Messengers; trumpet player Ben Cauley, ex-Bar-Kays/Otis Redding band; tenor saxophonist Lannie McMillan, ex-Ike Turner and Buddy Guy; chanteuses Deborah Swiney and Carolyn Chatman, ex-Al Green. And, while the American jazz, blues and soul contingent played their part, many other musicians from closer to home contributed to the recording resulting in an album that, as a confluence of the Liffey and the Mississippi over its ten original compositions and two cover versions, meanders between Saturday night dives and lazy Sunday morning coffee on the stoop.

Like its predecessors ‘The Bohemian Mooney’ and ‘All My Love’s In Vain’, ‘Mooney’s Blues’ is an album you’ll return to again and again and, each time you do, you’ll find something new in it to smile about.

Though it’s definitely Nigel Mooney’s album, Nigel is a confident enough bandleader to know when to let others step into the light. This is particularly apparent in the vocals where he seamlessly moves from lead vocal to part of the chorus and back again, as and when it suits the song.

Across a very varied collection of songs, his influences, inspirations and heroes are more than evident, but there’s never a hint of mimicry. Instead, this is the sound of a man with good taste, a rich artistic palette and a remarkable gift. It’s all in there, from the rock and blues influences of his childhood – Eric Clapton, Peter Green, Buddy Guy, BB King – to the fretboard feats of his mentors and stage mates – Louis Stewart, Larry Coryell, Georgie Fame and more. The cherry on this rich cake is Nigel’s love of songcraft – the wordplay, wit and humour, alongside the emotion, the energy and the storytelling. 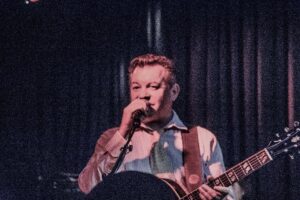 Nigel Mooney is a born showman. In secondary school, he managed to prolong a school concert past curfew by playing “Amhrán na bhFiann” in the style of Jimi Hendrix, knowing the teachers wouldn’t dare interrupt The National Anthem.

Not long after leaving school, Nigel became a feature of Ireland’s musical landscape. His early bands, such as ‘The Gripewater Blues Band’, played to packed, weekly residencies in various venues around Dublin’s city centre. As well as performing in a wide variety of bands, Nigel has shared the stage with many great names, including support slots with B.B. King, Dr. John and Meatloaf as well as backing great bluesmen like Lowell Fulson and Louisiana Red.

While he can be found performing around greater Dublin from time to time, album releases are rare enough to be classified as major events!

His seemingly effortless yet highly accomplished guitar style, accompanied by his relaxed, expressive tenor vocals, is as much at home at the centre of a big band as they are in a trio. Whether it’s a stadium or a smoky basement, the only two things that matter are the music and his connection with the audience. Over the years, his audiences have included many luminaries who have sought him out and asked to play with him. This has led to highly enjoyable and fulfilling collaborations with the likes of Larry Coryell and Georgie Fame, with the latter appearing on Nigel’s previous album ‘The Bohemian Mooney’.