Memory Lane, An Intimate Event of Music For Carers 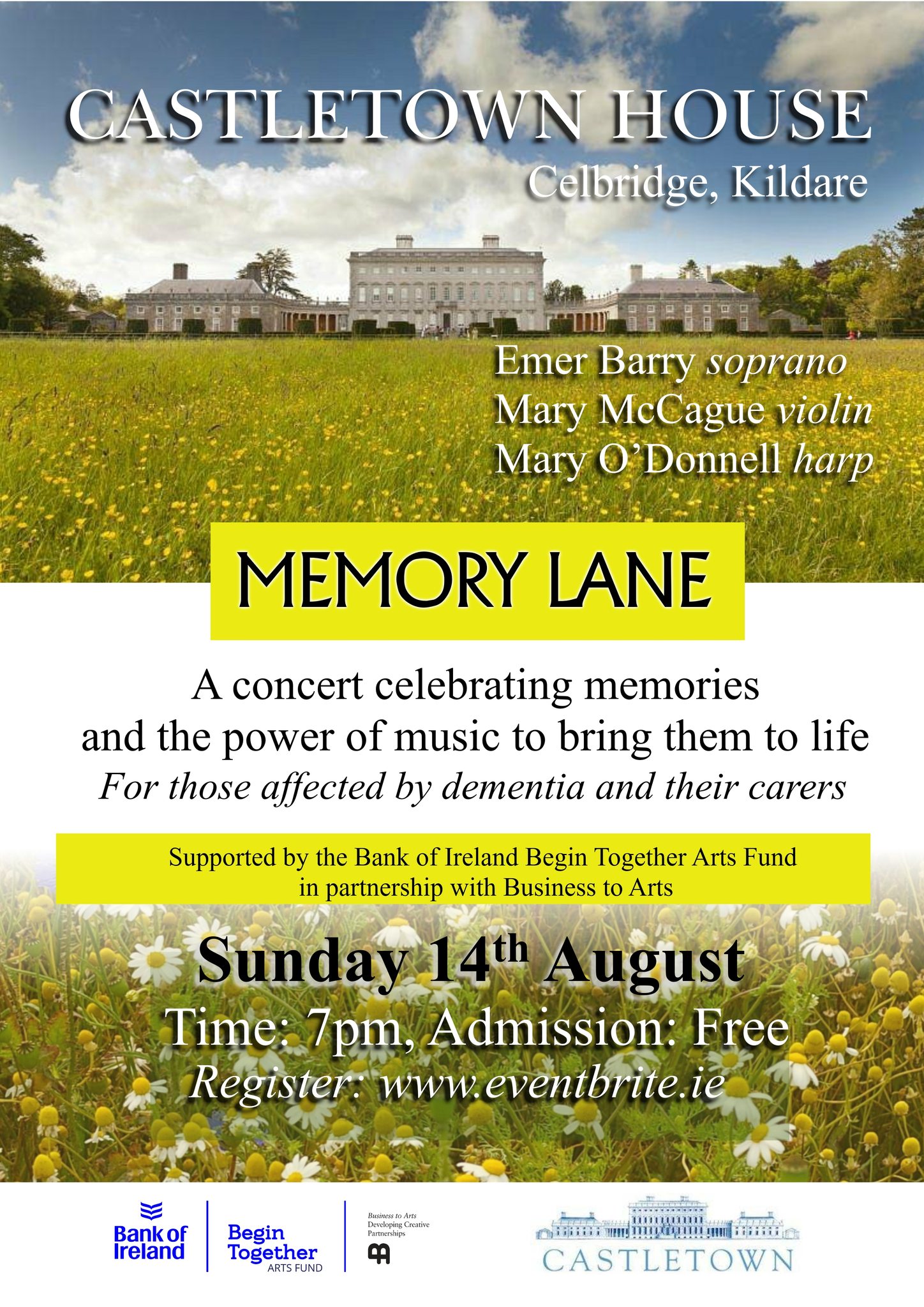 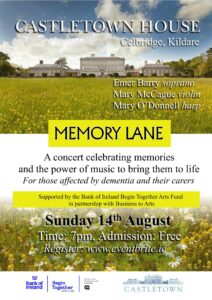 The trip down memory lane includes songs and instrumentals that evoke the full range of human emotion-from the nostalgia of ‘Danny Boy’ to the enchantment of ‘Moon River’-and of course there will be the toe-tapping joy of some Irish jigs and reels also! Memory Lane is the brainchild of Mary McCague (violinist) and Emer Barry (soprano). This is a cause very close to Mary’s heart having lost her Dad to dementia so there is a deep understanding of the extraordinary and selfless work by carers.

Mary and Emer will be joined on the evening by harpist Mary O’Donnell and they will perform a selection of much-loved songs from all up and down memory lane! Mary’s Dad was a keen fiddle player all his life and maintained his connection to music all throughout his struggle with dementia. In the words of Hans Christian Anderson, ‘When all else fails, music speaks. 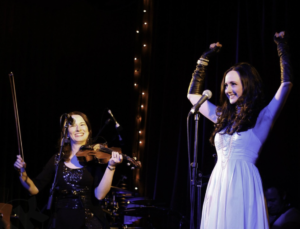 ’While the concert begins at 7pm, there is also an opportunity to visit Castletown House earlier in the day and enjoy the surroundings while listening to the performers rehearse. Finally, in an effort to create new happy memories, the concert will be filmed a made available to all attendees (and those who were unable to attend in person) via a private YouTube link. There will also be an opportunity to request songs that hold a special memory for you or your loved one. Join the Facebook event for further details on this: https://fb.me/e/4Pg2OFapz 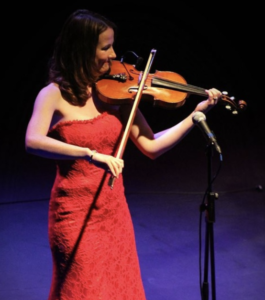 Emer Barry and Mary McCague have enjoyed a partnership for the past 12 years working together on various shows and albums including Emer’s solo album Storyteller in 2017 which featured all songs arranged and orchestrated by Mary. They formed 2 thirds of the classical crossover group Affiniti(Soprano, Violin and Harp) which has completed sold-out tours of USA from 2013 to 2019 and are set to return in December 2022. Emer Barry has a Masters in Music performance and has recorded for everyone from Disney Creative Assembly (Warhammer 3 Video Game). She has performed as a soloist with both the RTE Concert Orchestra and the National Symphony Orchestra and appeared on the RTE One special ‘Shine’with Celine Byrne during the pandemic 2020. She received support from the Arts Council of Ireland to develop her songwriting skills and this project saw her join forces once again with Mary McCague.Their original music will feature on Emer’s new album in 2023.

Mary McCague also holds a Masters in Music Performance and is much in demand as a pianist, violinist and arranger. She regularly performs on stage and on television with acts as diverse as Michael Bublé, Il Divo, Katherine Jenkins, Westlife, Kanye West and Leona Lewis, and has had the privilege of performing in some of the finest concert halls in the world, including Carnegie Hall, BostonSymphony Hall.