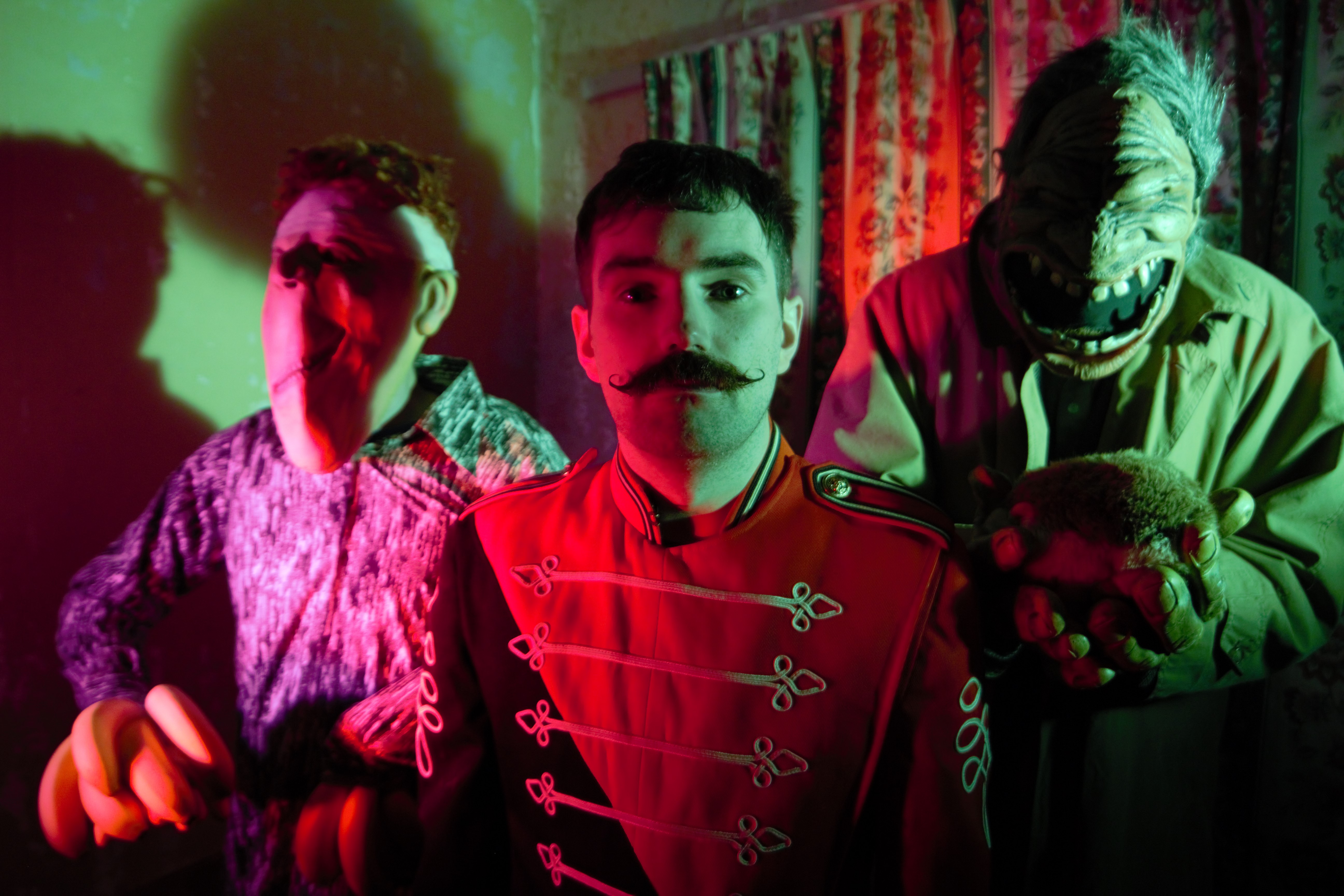 Monsieur Pompier’s Travelling Freakshow is a troupe like no other. A nightmarish cabaret steeped in the surreal, Monsieur Pompier makes music about inside-out cats, hedgehog swallowers and devious doctors. Inspired equally by Stephen King, folk horror and 80s B-movie soundtracks as it was by eccentric music acts like The Residents, Sparks and Devo, Teatime Terrors falls into a strange musical crevice between bizarro pop opera, a demented audiobook and downright bonkers synth punk chaos.

Having existed primarily as a live entity since 2017, the Travelling Freakshow toured Europe extensively with their extremely unique live show which incorporates immersive performance art, audience participation and a litany of bizarre and beguiling costumes and masks depicting the characters in the songs.

The group’s visual chaos is underpinned by Monsieur Pompier’s manic music and storytelling approach to songwriting. Idiosyncratic lyrics flank earworm melodies and whirling organ riffs creating an overall effect which baffles and beguiles in equal measure. In addition to his Freakshow endeavours, Monsieur Pompier also curates theatrical events in Ireland, made a cameo in the popular Nintendo game Darkside Detective and in his spare time grows and pickles Pompier branded gherkins. 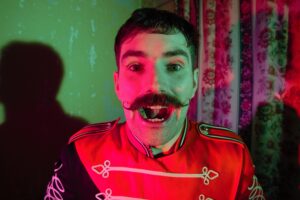 Monsieur Pompier’s Travelling Freakshow signed to legendary US label Cleopatra Records in early 2021 and their debut album Teatime Terrors is available to purchase both digitally and on limited edition 12 inch vinyl from July 16th.

Across the ten tracks of Teatime Terrors we are introduced to a different character on each song. The album opens with Banana Boy, a song about an unruly scamp who grows a banana in place of his fingers every time that he does something naughty.

This is followed by The Crabbit, whose titular character, a half crab, half rabbit hybrid appears when a person succumbs to alcoholism. Subjects such as superstition and mythology are tackled on The Ear Fairy, a whirling waltz about a fantastical fairy who cleans our ears every night, taking the wax home to build lifelike sculptures of his victims. The high tempo organ driven mania of The Hedgehog Swallower questions the perils of stardom and celebrity culture.

Doctor Moogle debates the dangers of googling potential ailments and trusting what one reads on the Internet whilst the synthesized chaos of Micky Mould is concerned with conspiracy theories and what happens when misinformation about a virus can spiral out of control. The album closes with Sally Shortcake, a woman crafted in cake, created by a lonely man who finds a mysterious recipe for his dream partner who he then bakes, touching on subjects such as Internet algorithms and online dating.

Bandcamp Pre-order for vinyl and digital