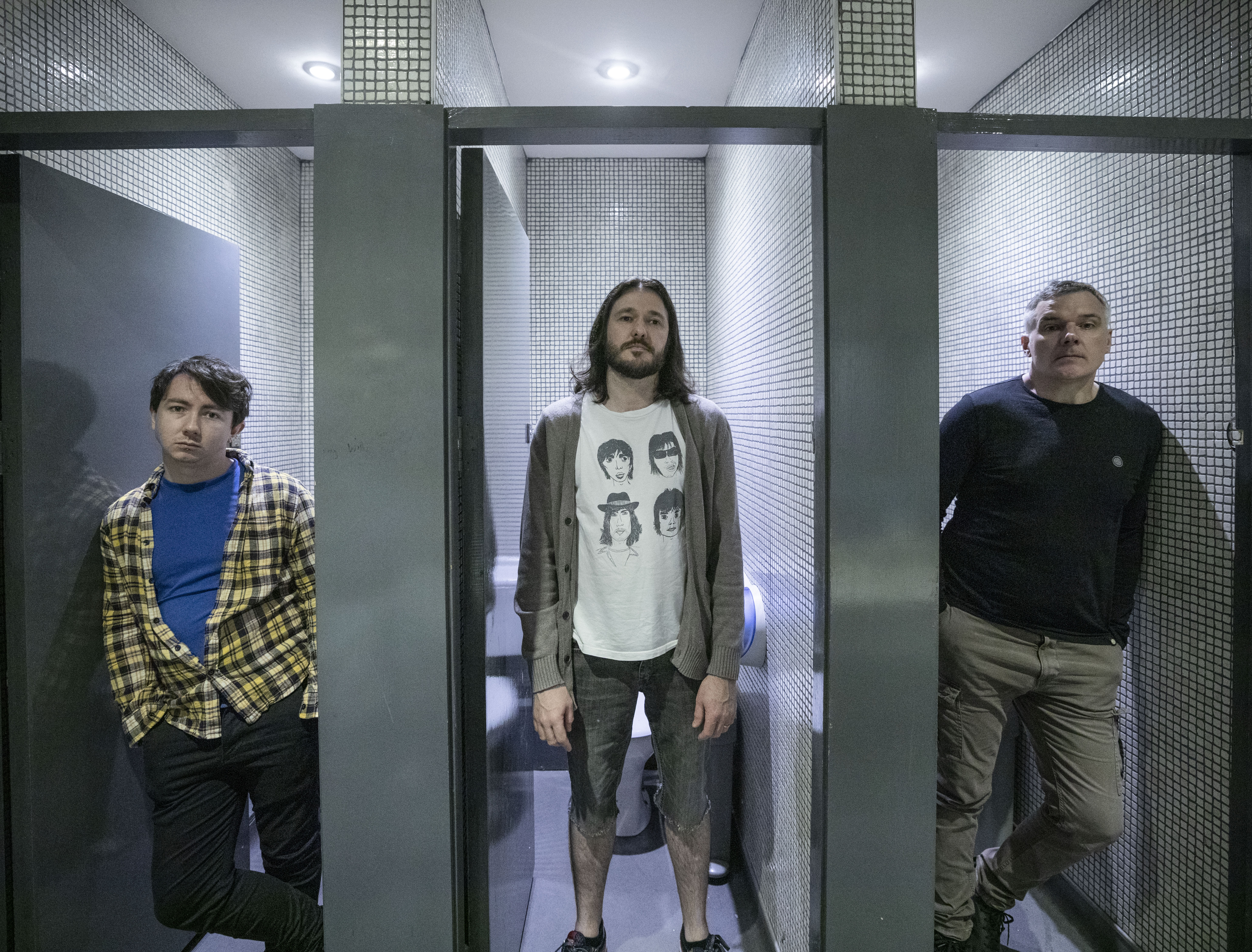 From the bear’s lower back emerges Foot Squeaker. Three Rock n’ Rollers with one rule: keep it hard and fast. Formed in 2018, Diarmuid and Mike spent that full year sculpting their songs and all the while Mike would quality control the riffage. Mick Byrne joined on bass in early 2019 and the band rehearsed for the next few months.

Citing musical influences such as Neil Young, Foo Fighters, Nirvana, Alice in Chains, Paul Weller, Queens Of The Stone Age, Pearl Jam, Weezer, Supergrass, Blur and Beck, the band wield the combined explorative sounds of the above whilst maintaining an air of individuality.

The band’s first gig was to a packed audience as part of The Gap Arts Festival curated by Marc Aubele (Bell X1, Join Me In The Pines). Comerford had the audience eating from the wood of his Tele, singing along instantly with songs they had never heard in their lives. The band knew they had something special.

Diarmuid says of the Wayside lyrics –

“My Da always said he had gotten more hardship than me growing up. I reckon his Da said the same and now I’m saying the same to my sons. There is one thing however that has been consistent with men through time and that’s the inability to talk about their feelings. Us men need to speak up when we need help, reach out to somebody, anybody, just reach out.”

When the live scene returns Foot Squeaker hope to share the stage with some of their favourite Irish rockers: Fangclub, Silverbacks, Bitch Falcon, Thumper and Fontaines DC to name a few.

“No Connection is a rip roaring hard rock song. Foot Squeaker are a really exciting band so expect to hear a lot about them in the near future.”- Dave McMahon – Bayview Sounds Blog

Check the band out on Spotify here: