Irish pop starlet KEHLI is back to unveil her latest hit-in-the-making ‘Ur So Cool’ featuring Louis III. 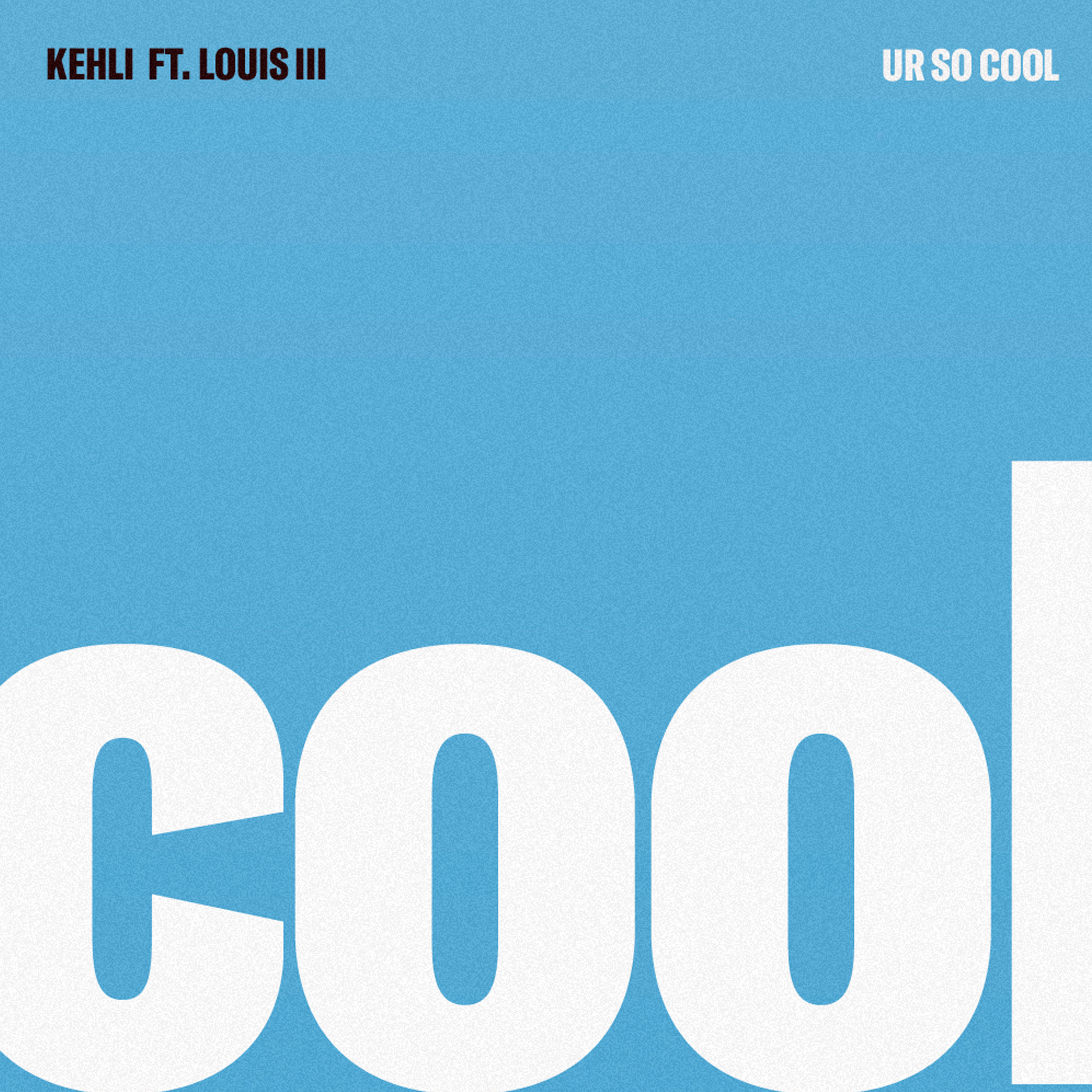 After returning last month to deliver her third single ‘Hypnotized’, which garnered support from several key playlists including Spotify’s NewPopUK, Apple Music Pop’s New music daily, Filtr’s NewMusicFriday, as well as close to 3 million radio impressions in Ireland in just a few weeks, Irish pop starlet KEHLI is back to unveil her latest hit-in-the-making ‘Ur So Cool’ featuring Louis III.

Working in collaboration with rising R&B star Louis III, ‘Ur So Cool’ follows on from her previously shared singles ‘Hypnotized’, ‘Believe It’ and ‘One Last Kiss’ in previewing her highly-anticipated new EP. Her latest offering sees the pair blend bold and progressive pop aesthetics with a distinctly R&B flow, creating a wonderfully rich and warm hybrid that continues her fresh and vibrant direction throughout.

Speaking about her new release, KEHLI said, “So buzzed for this collab to come out into the world. Making this track was one of my favorite experiences. I knew from the start that this would be a fun one. Working with Louis was an honour, he is crazy talented and I’m so happy we got to make this together. Listening to ‘No Air’ by Chris Brown and Jordan Sparks gave me major inspo for this song as it’s such an iconic duet. I hope everyone enjoys it as much as we loved making it”

Louis III adds ‘’Ur So Cool is about that obsession you feel for someone new – they’re all you think about, you worship the ground they walk on etc, but neither of you have worked out how to say it to each other yet, so all you have in the meantime is words that don’t quite fill the void, like ‘Ur so cool’. We wrote it on a rainy afternoon in Camden and it came really quickly to us from a tune we starting humming for the chorus – it’s always great finding new artists to collaborate with and this tune just felt right to sing on with KEHLI.’’

With BBC Radio 1 ‘Best New Pop’, Spotify’s ‘New Music Friday’ and penning one of UK’s biggest breakout dance tracks ‘Anywhere’ with Sigma last year (over 58 millions streams to date), Louis III is no stranger to pop success himself. Hailing from Croydon, South London, the singer and songwriter has already seen praise from the likes of BBC Radio1, 1Xtra, i-D, Wonderland, and High Snobiety, and was also hand-picked by Virgil Abloh – Louis Vuitton’s creative director, and Kanye West’s right-hand man – to walk in the Louis Vuitton SS20 Men’s show at Paris Fashion week alongside artists including Octavian and Dev Hynes.

This new delight from the pair is driven by a solid pop beat, summery guitars, and a slight touch of electronic effects for dressing, reminiscent of Lauv and Anne-Marie’s smash hit duet ‘F*ck I’m Lonely’. Brimming with powerful musical chemistry, it has all the right ingredients to have you humming the hook all Summer long.

Since the release of her second single ‘Believe It’ last September, a lot has changed for the emerging singer. As well as the enormous response it received from Irish radio, with nearly 10 million radio impacts across stations such as iRadio, RTE 2FM, Spin 103.8, FM104, both BBC Radio 1 and KISS FM were also regular supporters of the release, and was featured in countless publications including Official Charts ‘One To Watch’, Earmilk, 1883 magazine, The Irish Times, Music Week, Record of the Day and much more.

By the end of 2019, she had collected nearly half a million streams across her Spotify alone. In addition to being invited to perform the infamous studio 8 sessions for RTE 2 fm, KEHLI was also named one of Top 5 emerging female acts to watch in 2020.

Hailing from Dublin, 19-year old KEHLI is a vocalist and performer with a soulful, passionate and unique interpretation of contemporary pop music. She spent her early years at stage school, where from age 5, she studied music and professional dance including contemporary, hip-hop and ballet.

She has since gone on to work with producer/songwriter MSRD – now New York/London based, who’s worked closely with KEHLI to help hone her sound. Other collaborators include the likes of London based Cameron Pool (Anne-Marie, Raye, RAY BLK) who has worked closely on KEHLI’s forthcoming debut, a soulful and edgy, pop infused EP.

2020 is on track to be an exciting one for this young talent and her music.