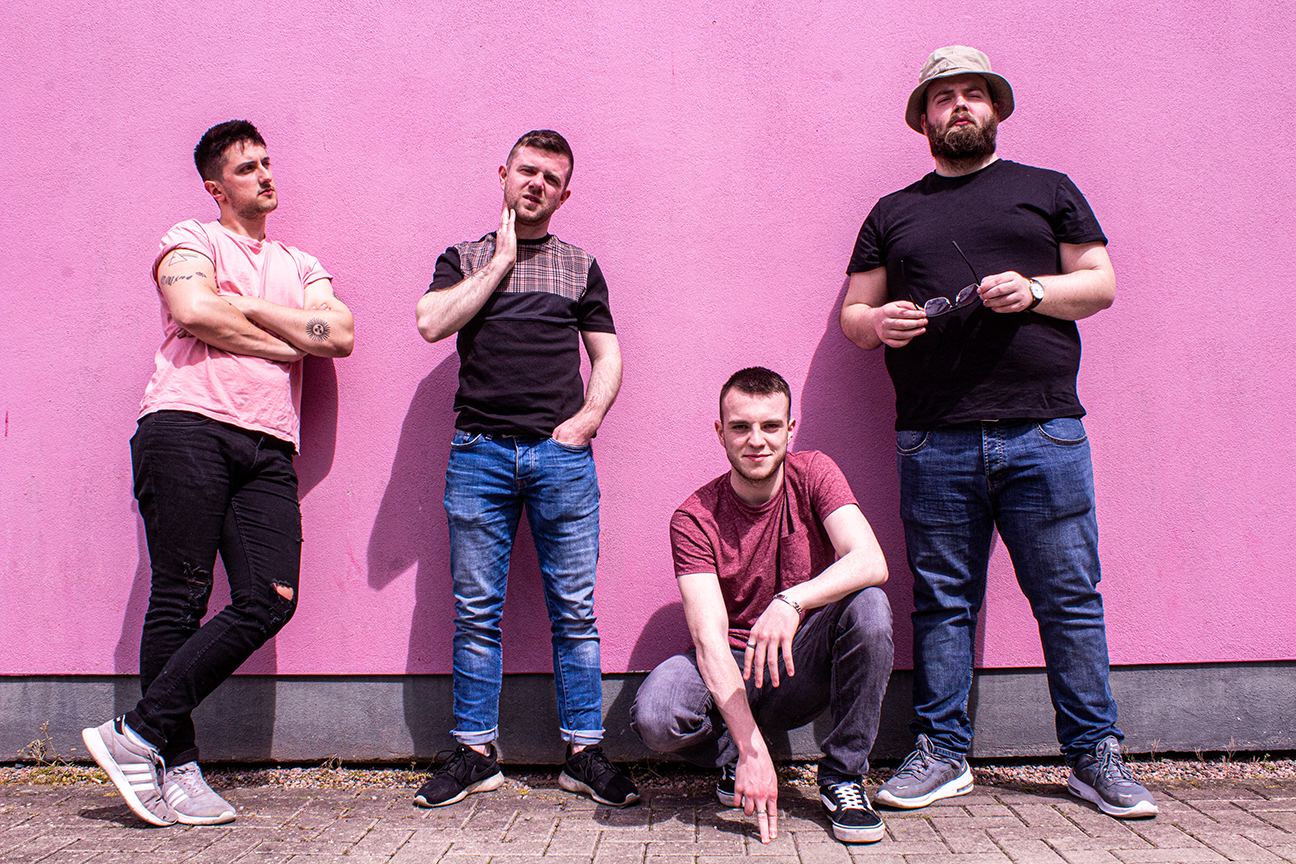 Making their permanent mark on the Irish music scene, Priorland are set to release the first single “Moving to the Beat” of the debut “E.P. One” on Friday April 24th.

The band, formed in 2017, consisting of Tommy Hughes (Lead Vocal), Davie Boyle (Lead Guitar), Calvin McManus (Rhythm guitar) and Conor Kavanagh (Drums) are driven by their diverse writing abilities laid at the foot of the listener.

‘Moving to the Beat’ has been a crowd-pleaser since its first performance at the 2019 Sligo Live Festival. Having written the song, Conor Kavanagh collaborated with his fellow bandmates to create and refine a song reminiscent of funk/disco/dance track. Heavily inspired by Irish group Wild Youth and a careful analysis of the music scene around Ireland they created this 3 minute energy filled track.

The song was recorded by the well renowned producer and artist Gavin Glass in his Orphan Recording Studios. His broadened knowledge of musical genres meant he could pick and choose parts from Priorland’s songs and make them sound like top class records.

Be sure to check out the band on their social media networks and follow them on Spotify.