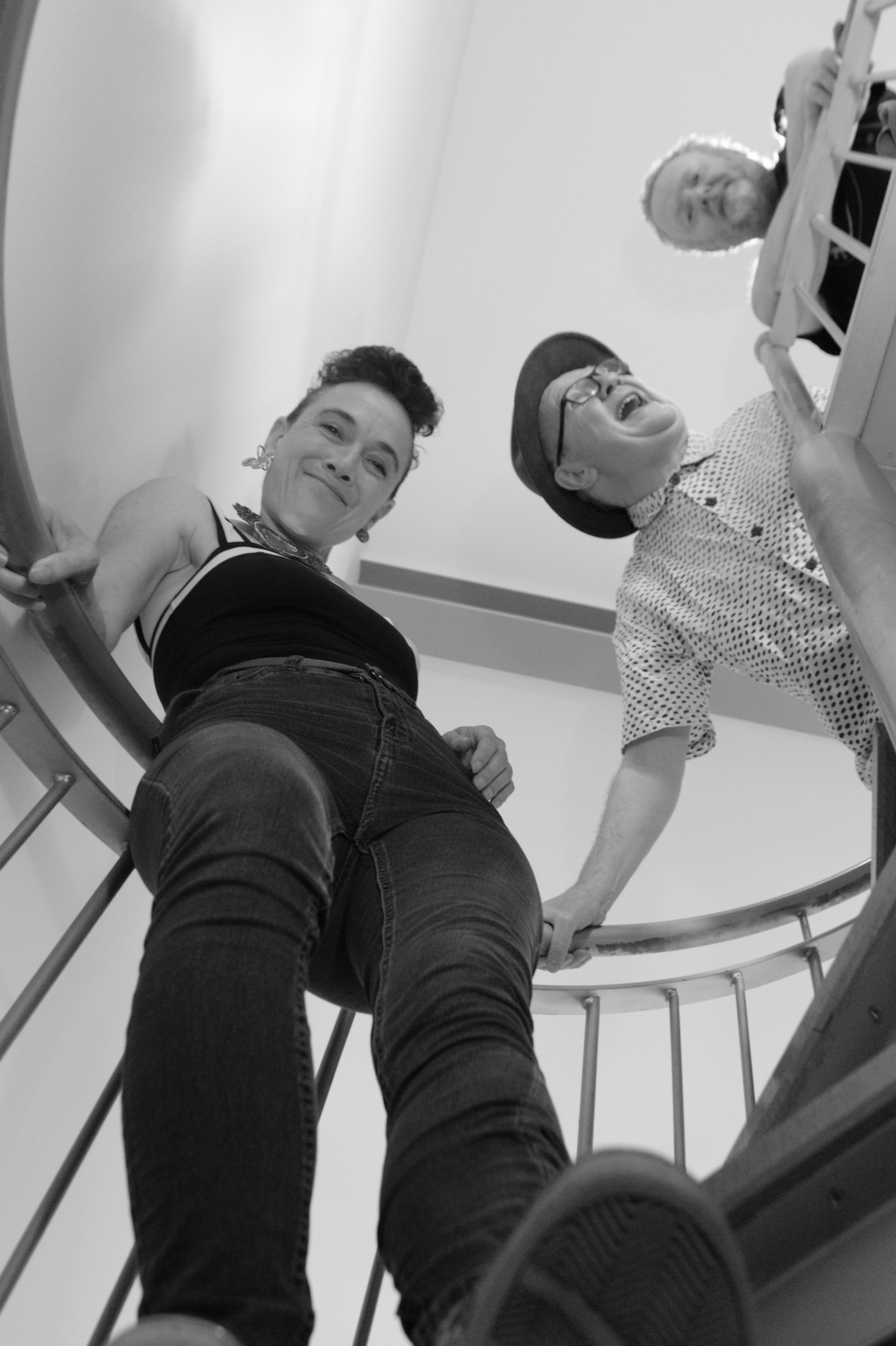 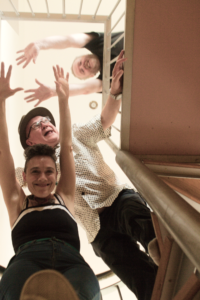 A Flag, a Cry, a Chuckle: BEDLAM SUITCASE

2016 was a year of losses. Early in the year David Bowie departed, and the Sligo/Leitrim arts club community (The Steampunk Club) wanted to pay tribute.
The tribute night was a great success. Tara Baoth Mooney, a Clare woman, opened the show playing autoharp and singing Memory of a Free Festival. Tara lived in NY for several years and had been the voice and songwriter for ‘Shadow’ in the Jim Henson show, Bear in the Big Blue House. She made an instant impression. With an arresting stage presence, and a truly original voice, Tara brought complete immersion to the part. Tara was studying in Wolverhampton for her PhD in fashion design and was focussed on imagery and visual content as well as melodies and lyrics. Part of her work was looking at design to help people suffering with memory loss.

After a coffee the next day Tara and Padraig Meehan, the Steampunk Club curator, made a plan…

Each enjoyed the songs of the other; now they would write new ones. Percussionist and arranger Tom Jamieson was drafted as the third core band member. After sketching out demos, they contacted potential instrumentalists, many ex-Steampunk Club contributors. Izumi Kimura, pianist; Steve Wickham of the Waterboys. Nichola MacEvilly, Sligo-born singer and actor. The team worked steadily for months, recording their jams on the phone. The songs reflected the unease and anxiety of the age and echoed concerns about environmental Armageddon, memory loss and loss of faith. Yet it was oddly upbeat; funny and childlike in places. It was a flag, a cry, a chuckle. A nervous laugh in the face of calamity… A Bedlam Suitcase.

At an IMRO event in Dublin early in 2017 Padraig gave Gerry Leonard a CD.  Gerry, now famous as Bowie’s long-time guitarist and MD, used to play with Hinterland in the era when Padraig played and wrote songs with Those Nervous Animals. Gerry liked the work. He agreed to produce and play on the record, too. Gerry would introduce LA based producer and bass player Paul Bryan. Paul works with Gerry in Spooky Ghost and with Aimee Mann. Then the entire melange, initially edited by Tom Jamieson and Padraig in Sligo, would be finally assembled and mixed by Gerry at his home studio in Upstate NYC.

The Bedlam Suitcase debut gig (in Sligo Live Festival on October 20 2019) was a great success, full house, encores, etc. It was an emotional night. The Dublin album launch is in the Sugar Club, Dublin on Feb 6 2020.

The album has been self-funded, with some donations, and is still ongoing, you can donate via the link below. It will be released on Bedlam Suitcase’s The Knock label. There is a Fundit campaign to finance the final stages of production. The Fourth Wall will be released on vinyl and CD, with art design by Tara and Padraig and designer Niall McCormac.  The band say “we are very proud of the final product. It is unflinching, unapologetic, full throttle. We hope you love it as we do”.