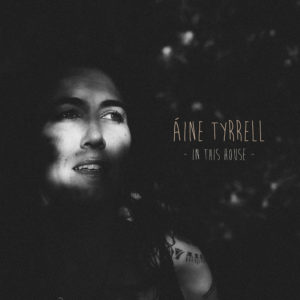 They call it synchronicity when there is a simultaneous occurrence of an event. Some people are shocked by the randomness of it or are in awe of the coincidence, but not these two. Áine Tyrrell and Mark Stanley (producer) have recorded together on three projects across four years and creative synchronicity no longer shocks them, it ignites their passion to meet the work with open arms. So when Stanley called Tyrrell to relay a story he had had with Wagga Wagga based singer-songwriter Dane Kennedy and Ngiyampaa man, she immediately met him with the same story she had had with Delta Kay, an Arakwal family member and educator in the Byron Shire.

The conversations sparked Stanley to challenge Tyrrell to capture the essence of these stories that are common to both Indigenous Australians and Irish people. Generations of tales where others came to their shores and ever knocked on the door, where the land never invited them in. Finally, the narrative has a chance to be rewritten in “In This House”, Tyrrell’s first single from her upcoming release ‘Return To The Sea’.

“This song came out of nowhere in a rush of words and melody” says Tyrrell.
“It claimed its stake to the front seat of the album as the first single” says Stanley

They are honoured to have Dane Kennedy lend his powerful vocal to this lead single as well as the Bunyarra Culture Collective dancers performing for the ancestors within Delta Kay’s Arakwal homelands dancing in the video for the song, the journey of “In This House” coming full circle

They would like to acknowledge the Bundjalung land where Áine Tyrrell stood when “In This House” was written and the Wurundjeri-willam land where Mark Stanley’s studio stands. They feel lucky to have been given the gift of this song for us all to open up a conversation.