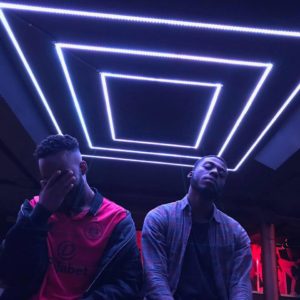 Hendrick Lane, a Dublin Duo who sing, rap and love putting on explosive shows have announced their brand new single “Rollerblade” set to be released on Aug 3rd 2018.

Having met in school and gained popularity through schoolyard sing-offs, Hovay and Sevn have decided to follow their passion and have continued making music post-graduation. Hendrick Lane deliver a unique style of confessional storytelling to the music scene combining Hip Hop, Pop and RnB. Citing influences such as Drake, Frank Ocean, PartyNextDoor, Kanye West, Michael Jackson and Andre 3000.

About the song: “Rollerblade” expresses the feeling of emotional nostalgia and transports you into the minds of Hendrick Lane. Like all great pop music of today, the song starts off with the infectious hook performed by Hovay then leading into Sevn’s stand out verse. In this verse, he briefly captures a conversation between him and his childhood crush with his warm vocals and melodic feel. At this point, the feel-good vibe has seamlessly been delivered by a catchy and captivating hard-hitting chorus, which is reminiscent and almost dreamy in a sense.

Though everyone cannot relate to rollerblading when they were young, the track brings the sense of happiness that everyone can relate to, which is the emotion evoked by the Dublin raised boys. Hovay jumps in with his verse, bringing versatility and adding a whole new dimension to the track. He builds on the main mood of the record, looking back at the past and what could have been. 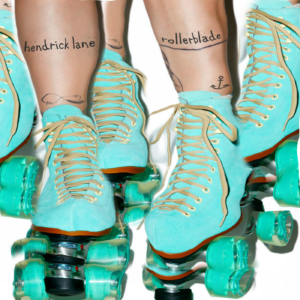