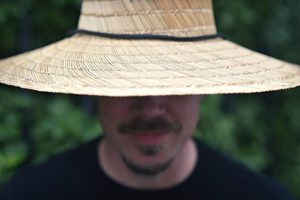 Bradley Digwell is a Dublin based Irish-American musician known for fusing soul and funk with elements of hip hop. Think what kind of musical fusion would be born if Jamiroquai, Jason Mraz and Michael Franti all hung out and had fun, and that is what you will hear in Digwells debut LP, which is set to be released later this year.

Born into an artistic family in New York, he lived in South America for 5 years after finishing school and began playing with Bossa Nova and Salsa bands in Brazil and Venezuela. Honing in on his considerably impressive musicianship and live performance skills.

Now living in Dublin, for nearly 10 years, he has refined the songs for his debut album playing the local club circuit. His live shows are hallmarked by high energy and improvisation and the band have garnered accolades for having a number of esteemed players from the European jazz scene.

The first single from the album is titled ‘That Ain’t Bad’ and will be released worldwide across all online digital platforms from June 29th 2018. His debut album which encapsulates a dreamy urban soul funk sound will be released later in the year.

Stay up to date with his news on his online social media here:

Check out the new single here: