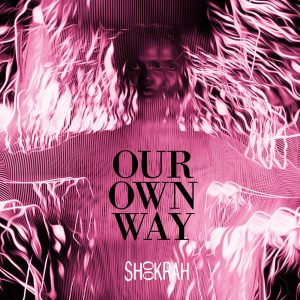 “Cork newcomers have a refreshing, unusual sound…they have found soul delirium. The six-piece have a sound that is all their own, fusing soul influences into a psychedelic template” – CLASH.

Shookrah announce EP ‘Clichés’, out May 2017 with single ‘Our Own Way’. One of the current crop of R&B/Hip-Hop acts to flourish in Ireland in recent years (alongside Rusangano Family, Hare Squead & BARQ), Shookrah released the single WOMAN in 2014, attracting airplay and press acclaim before going on to perform at Electric Picnic, the Other Voices festival, Body & Soul and venues throughout the country.

Their forthcoming EP ‘Clichés’, named for a two-part song it contains, is a five-track mix of psychedelia-soaked R&B melodies, with lo-fi synths sprawling over the hip-hop beats underneath. Recorded and mixed at Riverside Home Studios on the Lee Road in Cork (with drums recorded at Wood Street Studios, Cork), it saw its lead single ‘Gerascophobia’ feature on tastemakers’ favourites CLASH & AFROPUNK.

The follow-up ‘Our Own Way’, due to be released April 28th 2017, is a most unusual of singles – the platonic love song. Over an infectious half-swung groove, it chronicles the dramatic changes that can occur in a family unit over time; reconciling the differences between what was then, and what is now. Bouncing bass and drums propel the sparse, contemplative verse along before exploding into a happy, hazy wall of sound with a joyous refrain. As frontwoman Senita Appiakorang’s vocals float on a warm, rising tide of guitar and synth, they herald hope for the future born from the past, with the fond reminiscence tempered by an occasional note of melancholy. ‘Our Own Way’ single and video out….

Tags: our own way, shookrah