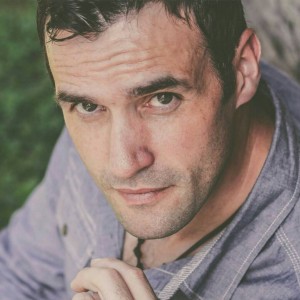 Taken from the album “The Voyage” out now.

Pete Kennedy is a real-life modern day troubadour, traveling the highways and heart-ways between his Birr homeland in the Irish midlands, and Nashville, Tennessee. A two-time winner of the British Country Music Association’s UK Album of the Year Award (2012 & 2013), Pete recently signed an exclusive deal with Red Ridge Entertainment and Magenta Records in Nashville. To add some context to what such a deal will mean for Pete, it’s well worth noting that among the artists Red Ridge Entertainment have worked with in the past are Craig Wayne Boyd (winner of The Voice 2014 in the US), American country greats Collin Raye and Tanya Tucker, and the world famous and iconic band, The Beach Boys.

Pete’s Red Ridge deal didn’t come out of the blue, however, as his talent has long been recognized in the US where the warmth and depth of his vocal style, combined with the easy charm of his on-stage presence has seen him embraced as a regular touring artist. His physical resemblance to Luke Bryan and a musical vibe that calls to mind Eric Church haven’t done him any harm either! In 2013, he scored a Number 1 on the British/Irish Hot Disc chart with his own song ‘Love Like That’, Pete also performed as an official CMA (Country Music Association) Artist at the CMA Fest in Nashville.

Pete’s standing as a man worth paying attention to was further enhanced when he was a ‘New & Noteworthy’ featured country artist on iTunes and his new album The Voyage went in at Number 4 on the Irish iTunes Charts as well as being a featured Artist in iTunes in America. Pete has even appeared in the ABC mega-hit show ‘Nashville. ‘Something else which makes Pete unique among Irish performers is the fact that he is also a regular co-writer with some of the most successful songsmiths in ‘Music City’, including; Earl ‘Bud’ Lee (co-writer of the Garth Brooks hit ‘Friends In Low Places’, and ‘One Night At A Time’ for George Strait), Kirsti Manna (‘Austin’ for Blake Shelton), and Bobby Boyd (‘Bless The Broken Road’ for Rascal Flatts). Pete has also performed at the world famous Bluebird Cafe in Nashville.

Pete’s new single, the instantly catchy, ‘Crazy Country Girl’ (aco-write with Jo-Leah Gray), has already received airplay on over 180 radio stations in over 30 countries worldwide, and was a Top 30 hit on the German Country Charts (where he sat comfortably in the company of American country giants such as Brad Paisley, Tim McGraw, Miranda Lambert and Chris Young, among others) while climbing to number 52 in Japan.