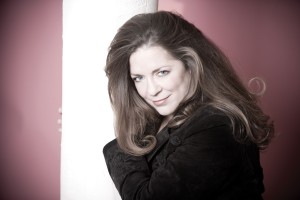 Grammy nominated singer-songwriter Carlene Carter, daughter of country music legends June Carter and Carl Smith, stepdaughter of Johnny Cash, and granddaughter of “Mother” Maybelle Carter of the original Carter Family, returns to Ireland in June on the below dates:

Carlene’s own career started in the late 1970s when she went to England to record her acclaimed debut album (with Graham Parker and the Rumour), and Musical Shapes (with Nick Lowe and Rockpile).  She co-wrote hit songs for Emmylou Harris (“Easy From Now On”) and The Doobie Brothers (“One Step Closer”), shared the Top 40 Pop duet “I Couldn’t Say No” with Robert Ellis Orrall, then “came home to country” in the 1990s with hits like “I Fell in Love,” “Come On Back,” “Every Little Thing,” and her own TV shows on VH1 and TNN.

Following her 2008 Stronger CD (which Elvis Costello called “astounding”), Carlene Carter came on back again in 2014 with a tribute “Carter Girl” to the timeless music of her historic family that critics hailed as “a triumph,” “masterpiece,” “an album for the ages,” and “really quite perfect.”  But while she is often referred to as “country music royalty,” she simply calls herself a Carter Girl. –

Carter has been the opening act on John Mellencamp‘s 80-date Plain Spoken tour all throughout April and will be performing in Ireland in June.