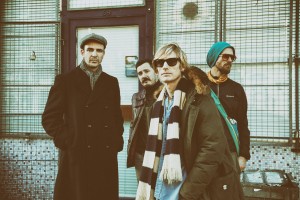 ANNOUNCE NEW SINGLE AND MAY UK TOUR
‘Love B (With U)’ out MAY 27TH 2016 on Strangefolk
www.kulashaker.co.uk
“Kula shaker are building up a heritage to be proud of” – Shindig!
Having just released their 5th studio album, K 2.0, to much acclaim in February, and with sold-out dates across the UK and Europe, including a sold-out show at London’s Roundhouse, Kula Shaker are pleased to announce details of their May 2016 Tour and Irish dates!
The tour, which will see the band gigging throughout the UK and Ireland, will precede the release of the first official single from K 2.0, ‘Love B (With U)’.
Set for release on May 27th, the new recording of ‘Love B (With U)’ will be available to download and on limited edition 7” vinyl at the shows and online shop. Tickets for the tour will go on sale from Friday 8 April.
Kula Shaker will play the following dates in May:
5th May   The Academy, DUBLIN
6th May   Limelight, BELFAST
7th May   Dolans, LIMERICK
9th May   Picturedome, HOLMFIRTH
11th May Palace Theatre, SOUTHEND
12th May Komedia, BATH
13th May Guildhall, GLOUCESTER
15th May Edinburgh, LIQUID ROOMS
17th May Wiltons Music Hall, LONDON
18th May Wiltons Music Hall, LONDON
20th May Guildhall, WINCHESTER
** Ticket information at www.kulashaker.co.uk **
The live dates will see Kula Shaker performing tracks from the new album and from their extensive back catalogue including tracks from their legendary record ‘K’, which celebrates it’s 20th anniversary in September this year.
“the sound of players fluidly reasserting themselves. It’s a very welcome return” – Gigslutz

“K 2.0 from start to finish is exactly what every Kula Shaker fan is going to want, all that melody, rhythm and energy that has gave them such a unique sound from their creation and through their studio work.” – The Sun

“Kula Shaker have done what they do best with K2.0 and produced an infinitely likeable collection” – xsnoise