ELEANOR MCEVOY – ‘LIFT THE WINGS’ The Single Out July 19th 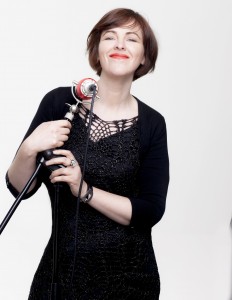 MOSCODISC is proud to announce the  July 19th release date of the new single ‘LIFT THE WINGS’ from Eleanor McEvoy’s album  IF YOU LEAVE.

The song, composed by Bill Whelan (for Riverdance), was first sung by Eleanor in May last year at the wonderful event RIVERDANCE THE MUSIC OF BILL WHELAN  in  THE NATIONAL CONCERT HALL. Bill wrote a new verse for the song which Eleanor sang on the night and which is included in this recording.

The single is Eleanor’s contribution to The Gathering, and at the invitation of Riverdance she will perform the song at RIVERDANCE ON SCREEN in Merrion Square on  Saturday 20th July and in The Gaiety Theatre on Sunday 21st July. On this recording Eleanor is accompanied by Brian Connor

Julian Erskine – Riverdance Executive Producer – proudly announced: As part of  ‘Riverdance: The Gathering’ weekend events on 20th and 21st July one of Ireland’s most accomplished contemporary singer/songwriters Eleanor McEvoy will join the Riverdance cast to sing Bill Whelan’s haunting emigration song “Lift the Wings” at Riverdance on Screen in Merrion Square on Saturday and then at both Show performances in the Gaiety on Sunday.

Eleanor is delighted to be invited to perform the song LIFT THE WINGS– “Along with its dramatic dancing  and stunning instrumental music Riverdance has some very special songs. This one is in a scene called ‘An American Wake’, which portrays a post-famine tradition when people said goodbye to loved ones emigrating, assuming they would never meet again. Bill Whelan  (the composer) asked me to sing it at a recent Orchestral Celebration of his music. He added a new verse, which I sang then, and include here.”

MOJO MAY 2013 from review of IF YOU LEAVE

“Included are….an ebullient delivery of Elmore James’ Dust My Broom and a fragile update of Riverdance hit Lift The Wings to underline the album’s bluesy themes of departure and emigration”