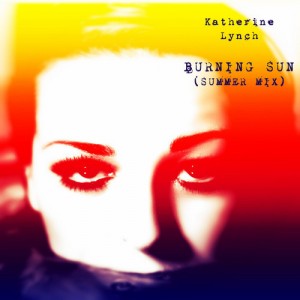 “Burning Sun (Summer Mix)” has been remixed and produced by Paul of the Electric Penguins and Gareth from the Japanese Popstars.  The track marks a bit of a departure for the comedienne turn

ed singer.  While her debut album is firmly rooted in folk and trad, “Burning Sun (Summer Mix)” is her first venture into the world of dance music.

In celebration of the release and this new musical venture, Katherine will be debuting the track at this Saturdays’ Pride festival.  Along with the debut of the single Pride also marks Katherine’s debut major live musical performance, something she is delighted to be embarking on.  With a solo show taking place on the 5th of October in Dublin’s Sugarclub, Katherine is extremely excited to be continuing this musical journey.

“Burning Sun (Summer Mix)” will be available from iTunes and all god digital music stores.

Tickets for Katherine Lynch “Songs from ‘Settling Dust’” are available form ticketmaster and are priced €18.

SETTLING DUST is available from Tescos and all good music reatailers nationwide and online from iTunes and Amazon.  For further information and updates please contact: