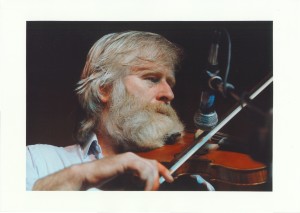 The documentary film John Sheahan: A Dubliner is a revealing and beautifully made portrait of a man who was an integral part of the national institution that is The Dubliners. As Barney McKenna once said, John is the ‘memory chip’, the part of the band who never forgets, ‘the mortar between the bricks’ that kept the band together.

John Sheahan was perhaps the most unlikely member of The Dubliners. His quiet nature and classical music training set him apart from his fellow group members. Now at the age of 73 he has reached a major turning point in his life. All of his friends that he once shared the band with in the early days, Luke, Ronnie, Ciarán and Barney are now sadly dead and he has finally decided to close the book on the life of The Dubliners after fifty years of recording and touring.

Sheahan is a deep thinker, a quality musician, composer and a poet with a passion for words.  At the age of 25 he was set up for life with a pensionable job as an ESB draftsman. He worked by day and played music by night. In 1964, to the dismay of his father who was a member of An Garda Síochána, he packed in the day job to go full time with The Dubliners. 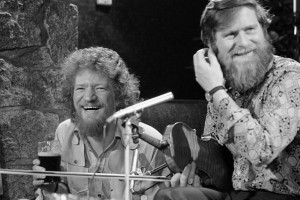 Now fifty years later it’s a new dawn for John.  He has all of the memories neatly packed away into different compartments and is ready to tell his side of The Dubliners story. John Sheahan is an eyewitness to a colourful chapter in Irish history that has formed a large part of our national identity. He has taken a road less travelled and thankfully has survived to tell the tale.

Produced by the award winning Scratch Films and directed by five time IFTA winning director Maurice Sweeney, John Sheahan: A Dubliner is a treasure trove of rare Dubliners archive some of which has never been broadcast in Ireland before and contemporary performances with Damien Dempsey, Declan O’Rourke, Charlie McGettigan, Máire Breatnach, Seán Keane and Neil Martin.