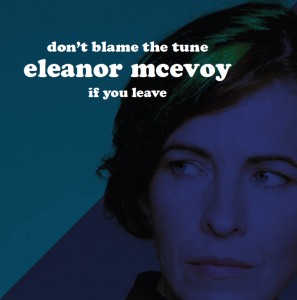 Eleanor McEvoy makes a return with her her ‘GIRL IN A BLACK CAR’ tour throughout Sept through to Nov (Uk & Ireland) and the release of her new single, “Don’t Blame the Tune” (Oct 12th Single release date on iTunes) from the forthcoming album ‘Codename Brian’.

Consummate performer and songwriter, Eleanor brings her Alone show to the Cities listed below. Her performances are special, intimate, emotional, uplifting affairs in which she explores soul, love and humour through own compositions and intepretations from other songbooks with her unique voice and beautiful playing.

Starting out as session musician on recordings and dates including a long stint with Ireland’s National Symphony Orchestra she decided whilst, with The Mary Black band, that she should cash in the mortgage savings and develop her own career.

Then one week her life changed. Mary and her label owner husband heard Eleanor play a self penned song that would give a name and title track to their planned all woman compilation album a ‘A Woman’s Heart’. Simultaneously she was spotted and signed to Geffen Records USA where her eponymous album went on to sell ¼ million copies. Her next 2 albums were with US label Sony/Columbia, the song Precious Little was a Billboard chart hit and her song Sophie (from Snapshots) has gone on to become a focus and comfort, around the world, for millions of young people associated with eating disorders.

2011 was capped off with a very special appearance on Weekend Wogan and 2012 opened with the unveiling of her painting , by Ireland’s most famous artist Robert Ballagh, which now hangs in Dublin’s National Concert Hall

Touring and recording constantly (9 albums), her new single “Don’t’ Blame the Tune” shows her in a bluesy vein.  Where in a unique double-think the singer is asking the lover not to blame it on the words and tune she’s writing “Spare my guitar, it’s not to blame….”

Watch out for the BIG BLACK CAR as it comes your way, a large Ford Fairlane Estate one of only 3 ever privately sold