Kopek to release new single and head off on 36 date European Tour! 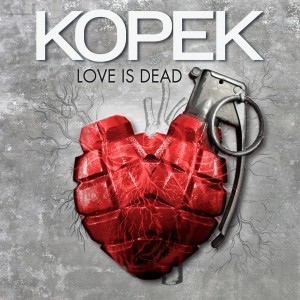 SINGLE: “Love Is Dead” Out Sept 14th Featured in the film Saw 3D

“A band who mean business. ‘White Collar Lies’ holds the attention from start to finish”  – THE IRISH TIMES

“Polished and perfect” – The Star newspaper

“The soundtrack to your summer 2012″– The Mirror newspaper

“The band worth keeping an ear out for if you want to appear cool and hip in for of your teenager’s friends.” – RTE Guide

Kopek are an Irish rock pop band from Dublin. Paying their dues with early gigs in and around Dublin included many a ‘battle of the bands contest’, which they won in regularity. From 2002 to 2009 Kopek toured relentlessly and continued to win competitions around the globe. It wasn’t too long until their powerhouse performances became one of their best word of mouth endorsements and in 2005 Kopek won the ‘Best Live Act at the Global Battle Of The Bands’, garnering them $100,000 and a world tour. They have just announced the release of new their single ‘Love Is Dead’ on Sept 14th.

Various tracks from the album have been synced across TV and Film; such as the new American Pie film “American Reunion”, “Saw 3d” and in Various MTV shows like “Punk’d, The Real World, Jersey Shore and The Challenge” to name a few.

KOPEK have been touring the U.S for the past year in support of ‘White Collar Lies’ US Release. Their US released single “Cocaine Chest Pains” reached #25 in the American Active Rock Charts and went Top 10 in Canada in Active Rock Station for ten weeks. They are now back in Ireland and will be touring Internationally in the coming months along with multiple single releases taken from their album White Collar Lies, which is now available in Ireland. 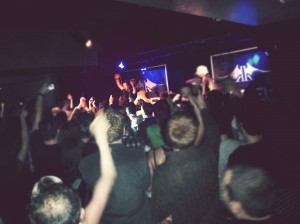 After a successful homecoming gig in Dublin earlier this month, The band embark on a 36 date European Tour.