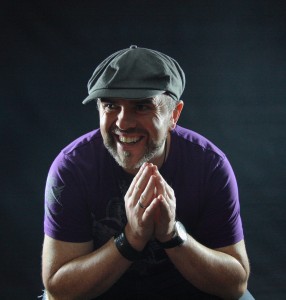 The unheralded Singer and voice that is NIGEL CONNELL Released his Stunning Debut Album NOTHING LEFT to SAY On April 16th 2010 via iTunes and in all good record stores Nationwide.

TONIGHT HE IS JOINED BY FULL band in ‘The Old Darnley Lodge’ in Athboy Co Meath from 8pm which promises to be one gig NOT TO BE MISSED.

Receiving airtime on LMFM, Dublin’s Country, Rte Radio1, Rte Lyric FM & Regional Radio. Nigel Connell was born into a musical family of two brothers and two sisters. He was the youngest of five and once he could walk, it meant he could talk and eventually sing, so into the family band he went and it was here where his skills as a Drummer and Singer developed. His first Live performance was at the age of 13 in the family band, he later joined the The Legendary Cotton Mill Boys and went on his first tour at the age of 15. Addicted to the stage, Nigel went on to Play Support to legendary Music luminaries such as Tammy Wynette, Johnny Cash, June Carter, Martina MC Bride, Randy Travis, Vince Gill, Steve Earle, Glen Campbell & John Denver. No stranger to performing on national Television, Nigel has performed his musical skills on a variety of Irelands finest: Live at Three, Up for the Match, Kenny Live, Nationwide, The Late Late Show, Phil Coulter and The Bibi Baskin Show. Nigel has also performed on radio Nationwide such as RTE Radio 1, 2fm, Phantom FM and Dublin’s Country to name but a handful.

On his Debut Album, he recruited in the Multi Platinum Producer Mark Cahill (who worked on the Number 1 US billboard selling album with The Irish Tenors). The album is embellished by an evident Romantic & Classical feel to it throughout, yet wholly embraces Nigel’s vocal capability and sentiment as a performer, with Orchestral performances by The Irish Session Orchestra and the Mullingar Cathedral Choir. Epic in some proportions – it will certainly ease you in by its lush string arrangements and fine production. Each track has a different edge, with preludes that introduce you to a world of music that has no boundaries. Nigel recently joined World Class Irish Country Folk Singer Daniel O Donnell’s band as his Drummer and Backing vocalist. Where he will be touring North America, UK, Australia, New Zealand and Tasmania this year, but will also be stopping off in Ireland to perform his own selection of shows and launching his own Stunning Debut Album ‘NOTHING LEFT to SAY’.

Nigel goes on a worldwide tour this year with Daniel O Donnell, which includes the Grand Ole Opry House (Nashville)- this will make Nigel the first ever meath man to perform in the legendary venue.

The Full list of over 50 gigs can be found at www.nigelconnell.com