JOHN, SHELLY & THE CREATURES ARE READY TO UNVEIL THEIR STUNNING DEBUT ‘DINOSAUR’ to the world TOMORROW MARCH 5TH.

After a staggering Nationwide tour spanning 10 shows + , JSATC return to their home town of Belfast tonight March 4th, to celebrate the albums release upstairs in Auntie Annies. The band recently released their single LONG MAY YOU REIGN, to critical acclaim in Ireland. Performing on 4 National TV shows including: Ireland largest and most well known TV Show the TV Late Late Show (same night as other special guests Benicio Del Torro & Heather Mills), TG4’s Imeall, RTE TWO TUBE (Album of the week) & TG4’s POP CEOL. Recent Radio sessions include: RTE Radio1 with Pat Kenny (Studio 7 full band session), FM104’s The Strawberry Alarm Clock, iRadio breakfast show, BBC Ulster, U105, BBC Radio1, Midlands breakfast show and many more. Including being added to the 2 major National radio stations RTE Radio1 & RTE 2FM and many Regional and Local playlists. Following in the footsteps of fellow Northern Irish band SNOW PATROL, they signed a publishing deal with Big Life Music Ltd (Snow Patrol, The Verve, Badly Drawn Boy…). Were their single ‘Long May You Reign’ was featured in the Discover Northern Ireland TV, radio and cinema advert campaign. (A very extensive campaign covering The Republic of Ireland and the UK will see the band continue to be featured on TV adverts across: RTE, TV3, UTV, Channel 4, E4, MTV, Sky One, Sky Sports, Sky News, Setanta and throughout Cinemas and Radio waves Nationwide).  Currently touring Ireland and dropping in to TV & radio stations along the way…with the release of their brilliant album this week- They certainly will Reign! 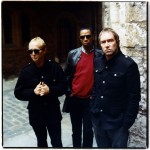 OCEAN COLOUR SCENE: return to Ireland to play the Olympia on March 6th- This Saturday to celebrate their album….SATURDAY….

Birmingham’s emperors of rock’n’folk Ocean Colour Scene release their new album, Saturday, which will be preceded by digital singles, Magic Carpet Days on 25th January & SATURDAY Single on April 4th. Saturday -The album charted at #35 on the UK Album Chart upon its official release. OCS, who will be celebrating their 21st anniversary next year, have clocked up an impressive eleven Top 20 singles and five Top 10 albums during their illustrious career. Saturday, their ninth studio album, was recorded over six weeks last summer at the iconic Rockfield studios in South Wales with producer Gavin Monaghan (Editors/ the Twang), and finds them as vibrantly tuneful as they’ve ever been. 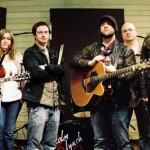 Meteor Nominee COLM LYNCH: AS SEEN ON NATIONAL TV TG4 TODAY FM, RTE RADIO1, IRADIO AND BBC
The new single KISS MY BLUES AWAY is certainly a vast testament to Colm’s musical ability. Radio stations such as TODAY FM, F104, iRadio, RTE Radio1, 98FM and more have recently invited Colm in to celebrate his new single and to show their support. Remaining true to his philosophy that ‘a good song should have a strong melody and meaningful lyrics’, this critically acclaimed artist is eager to impress with his latest offering. If recent raving reviews from the Times, The Irish Independent, Hotpress, The Star and more are anything to go by, this album is certainly set to please and win over old and indeed new fans. Colm recently performed in the RDS to over 16,000 spectators at the interval of The Leinster Rugby Game after being invited by the organisers. he was also recently Nominated for Best newcomer Award at The Meteors. He will be performing a very special showcase on April 22nd in The Village on Wexford Street Dublin. 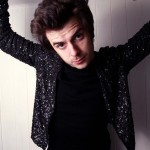 The Sunday Independent declared that “Hitman Lord’s sound will make people sit up and take notice”. HOTPRESS have said that he is “The genuine article, making the most delicious pop music from this island at the moment or anywhere for that matter” And by the way Radio has been reacting to his latest single- it’s looking like the Hitman is gathering a name for himself….With his stunning new Single and his imminent album release in the next few months, Hitman Lord will be touring and dropping by your local radio station.