DINOSAURS & Kissing ones’ blues away 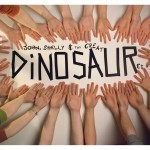 John, Shelly and The Creatures – Album* DINOSAUR- is out on March 5th 2010

Link to JSATC on POP CEOL on TG4


You may have recently seen them on the TV (Late Late Show,TG4’s Imeall, RTE TWO TUBE, TG4’s POP CEOL) or heard them on Radio ( FM104’s The Strawberry Alarm Clock, IRadio, BBC, RTE, Today FM) because John, Shelly & The Creatures are currently in the throes of releasing their immaculate and stunning Debut Album DINOSAUR. The band made a significant move in their musical career when they released their single ‘ANGELINE’ to receive critical acclaim and radio support from BBC Radio 1, BBC Radio Ulster, U105fm, Phantom Fm and many more. Following in the footsteps of fellow Northern Irish band SNOW PATROL, they then signed a publishing deal with Big Life Music Ltd (Snow Patrol, The Verve, Badly Drawn Boy…). Were their single “Long May You Reign” was featured in the Discover Northern Ireland TV, radio and cinema advert campaign. (A very extensive campaign covering The Republic of Ireland and the UK will see the band continue to be featured on TV adverts across: RTE, TV3, UTV, Channel 4, E4, MTV, Sky One, Sky Sports, Sky News, Setanta and throughout Cinemas and Radio waves Nationwide).  Currently touring Ireland and dropping in to TV & radio stations along the way… 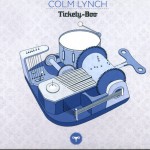 After a massively successful album pre-launch in The Village last year, the new & stunning studio album from Colm Lynch -titled TICKETY BOO- is now available Nationwide and on iTunes. The new single KISS MY BLUES AWAY is certainly a vast testament to Colm’s ability. Remaining true to his philosophy that ‘a good song should have a strong melody and meaningful lyrics’, this critically acclaimed artist is eager to impress with his latest offering. If recent raving reviews from the Times, The Irish Independent, Hotpress, The Star and more are anything to go by, this album is certainly set to please and win over old and indeed new fans. Colm recently performed in the RDS to over 16,000 spectators at the interval of The Leinster Rugby Game after being invited by the organisers. he was also recently Nominated for Best newcomer Award at The Meteors. He will be performing a very special showcase on April 22nd in The Village on Wexford Street Dublin.