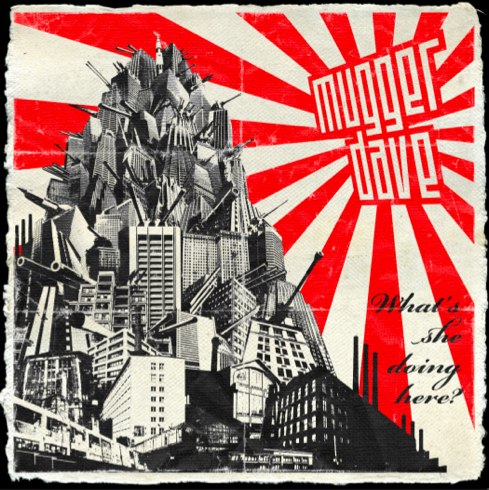 “They sing, they write. . . they’re pretty good. One of Ireland’s most promising Act’s!”’ THE IRISH TIMES ‘Custom Made for Radio, expect to hear a lot more from Mugger Dave’- HOTPRESS.

Press Release: Mugger Dave have been hailed as ‘One of Ireland’s most promising Act’s!’ by The Irish Times, and given their ability to write and record ‘Custom Made songs for Radio’ (HOTPRESS), we can expect to hear a lot more from this Galwegian trio upon the release of their album What’s she doing here? On April the 2nd 2010. The band, while preparing for the release of their debut album, where heard by a scout at a gig in Dublin, and later signed a licensing agreement with the US licensing company The Music Playground (partners to THE LODGE who are teamed up with Chrysalis Music Group to Create New Arrangements of Top Catalog Songs for Advertising, Film and TV). Mugger Dave are delighted to be amongst their stable of artists including Blondie, GenerationX & Willie Nelson. Their singles ‘Got A Lot On My Mind’ & ‘Crawl Up’ received regular airtime on Phantom FM, RTE2XM, Beat FM, WLRFM, LIVE95 and many more radio stations across Ireland. They where also awarded “Single of the Week” on Radio Na Life. They have performed live on TG4’s Sile show, and were invited to perform in the IMRO Showcase tour. Their song, ‘My Life In Circles’, was also featured on the IMRO Showcase CD and distributed nationally with the Daily Star newspaper.

Pop/Rock trio ‘Mugger Dave’ comprise of Simon Noble (Lead Vocals / Guitar), Seán Herriott (Bass / Backing Vocals) & Níall Curran (Drums). The band’s intention from the start was to play a collection of pop songs as loud and as forcibly as possible by a power trio. The group’s collective experience shows in the tightness of their performance, with all three members knowing exactly what they want to create: a hard-hitting rock band, with catchy, feel-good melodies reminiscent of the Kinks, underlined by driving bass lines and a heavy, no-nonsense, drumbeat. Their energetic live shows are driven by the powerhouse rhythm section and overlaid with unique melodies and imaginative harmonies. Front man Simon Noble describes their lyrics as being “an infectious blend of coy coyness and social satire”.

‘Listen hard and listen well’- is their request to you.