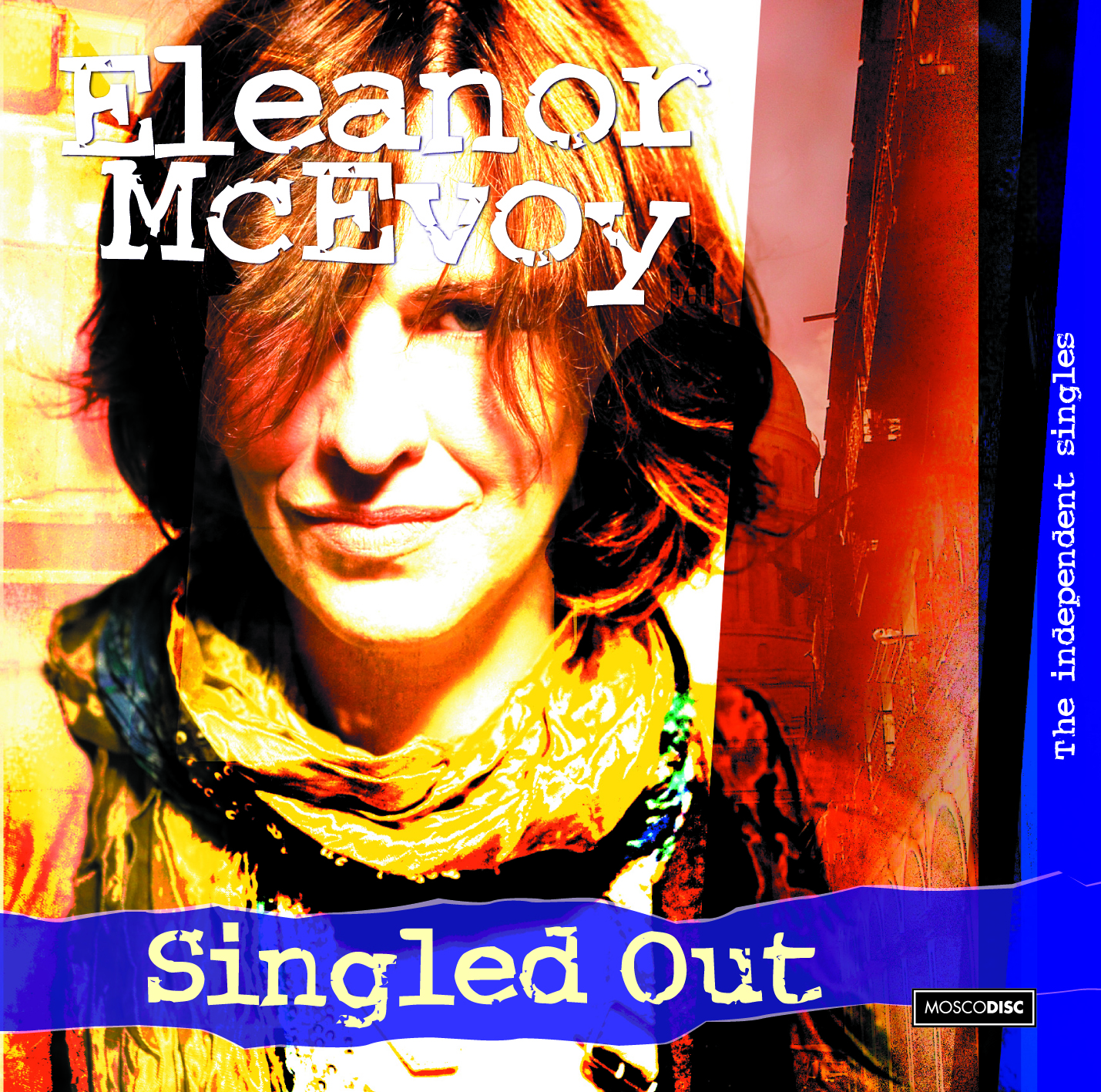 From a bar basement – to a winning career
We give you … the Real (21st century) McEvoy.

Presented by MOSCO DISC, the new album from Ireland’s highly acclaimed Eleanor McEvoy, titled ‘Singled Out’, tells of a journeyman and modern troubadours songbook, salubriously taking you through a vast collection of Eleanor’s independent singles inhabited by that unmistakable voice and that particular way she has with love, lust (lost and found), humour and our world. It also distinctively notes the progression to when Eleanor moved from a band format to a singular creation and vision of her own music. ……

Eleanor McEvoy, a household name that is known the length and breath of the country, is a sometimes obscure songwriter who’s lyrics have inspired people of all ages around the world. (Such as the epic song SOPHIE, taken from the album SNAPSHOTS, that touched the hearts of people around the globe who suffer from eating disorders, thus leading to over 1 million hits on YouTube. To the massively successful song -Woman’s Heart- the title track for Dara Records’ Irish Female compilation featuring Mary Black, Dolores Keane & Sharon Shannon among others (which went on to be one of Ireland’s biggest selling records and landed Eleanor a Major deal with Geffen Records). An illuminated musician of the highest standard: Eleanor- a northsider from Ireland’s capital- originated from a grimy, religion-​bound,​ pre Celtic Tiger Dublin. Escaping the norms of her environment through music, youth orchestras & traditional festivals, McEvoy went on to study classical and contemporary music in Trinity College (Dublin) before embarking on her signature songwriting and musical career that hails her as one of Irelands finest and well known established Female Acts.

With high critical acclaim coming from such publications as: MOJO, The Times, UNCUT, HiFi, MAVERICK, HOTPRESS and many more. Eleanor was also invited to perform for International Political bodies such as the controversial US president Bill Clinton, to a crowd of 80,000 spectators. While also appearing on major TV platforms throughout the years including RTE and BBC television and embarking on worldwide tours spanning all her fan base.

Oh Uganda the lead single is already playlisted on RTE Radio1 and has seen overwhelming response from Regional radio across Ireland. Radio presenter Ian Dempsey of Today Fm also invited Eleanor in to perform on his hit breakfast show to celebrate the singles release & Pat Kenny in RTE Radio1 also invited Eleanor in to perform. The support of two of the foremost Dj’s in National Irish radio is quite telling of Eleanor’s ability to still produce and write great hit songs.

SINGLED OUT the fifteen-track album kicks off with the exuberant and powerful ‘Oh Uganda’ (her impression of the country which she visited supporting an Oxfam Ireland programme there), also including the radio hits ‘Days Roll By’, ‘Non Smoking Single Female’ and ‘Old, New, Borrowed and Blue’. The songs are all by Eleanor, apart from two, (a stunning take on Marvin Gaye’s ‘Mercy, Mercy Me’ and her female twist to the timeless Rodney Crowell classic ‘Shame on the Moon’). A bonus video clip of ‘Wrong So Wrong’ completes the collection. “Oh Uganda” is a brand new track and is released as a new single. All other tracks are new mixes or new masters of the songs taken from the albums ‘Yola’, ‘Early Hours’, ‘Out There’ and ‘Love Must Be Tough’, and to accompany these tracks, the original artwork for each track is featured in the booklet.